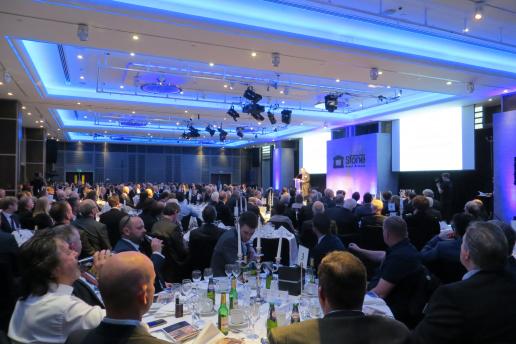 There was a full house at the Grange Tower Bridge Hotel in London on Friday 2 December for Stone Federation Great Britain's biennial presentation of the Natural Stone Awards.

It was back to the good old pre-recession days at Stone Federation Great Britain's Natural Stone Awards presentation lunch in London on 2 December. With confidence running high in the industry, more than 350 people attended the presentation ceremony, a level not seen since before the crash of 2008. The number of entries in the Awards had also soared back up to pre-recession levels this year.

There was a Christmas build up of goodwill in the Grange Tower Bridge Hotel where the Awards were hosted for the 10th year by sports commentator Jim Rosenthal, supported this time by Radio 2 announcer Harvey Cook instead of his partner of the past 10 years, Alan Dedicoat, the mellifluous voice of Strictly Come Dancing, who had lost his voice (he was not on Strictly, either). 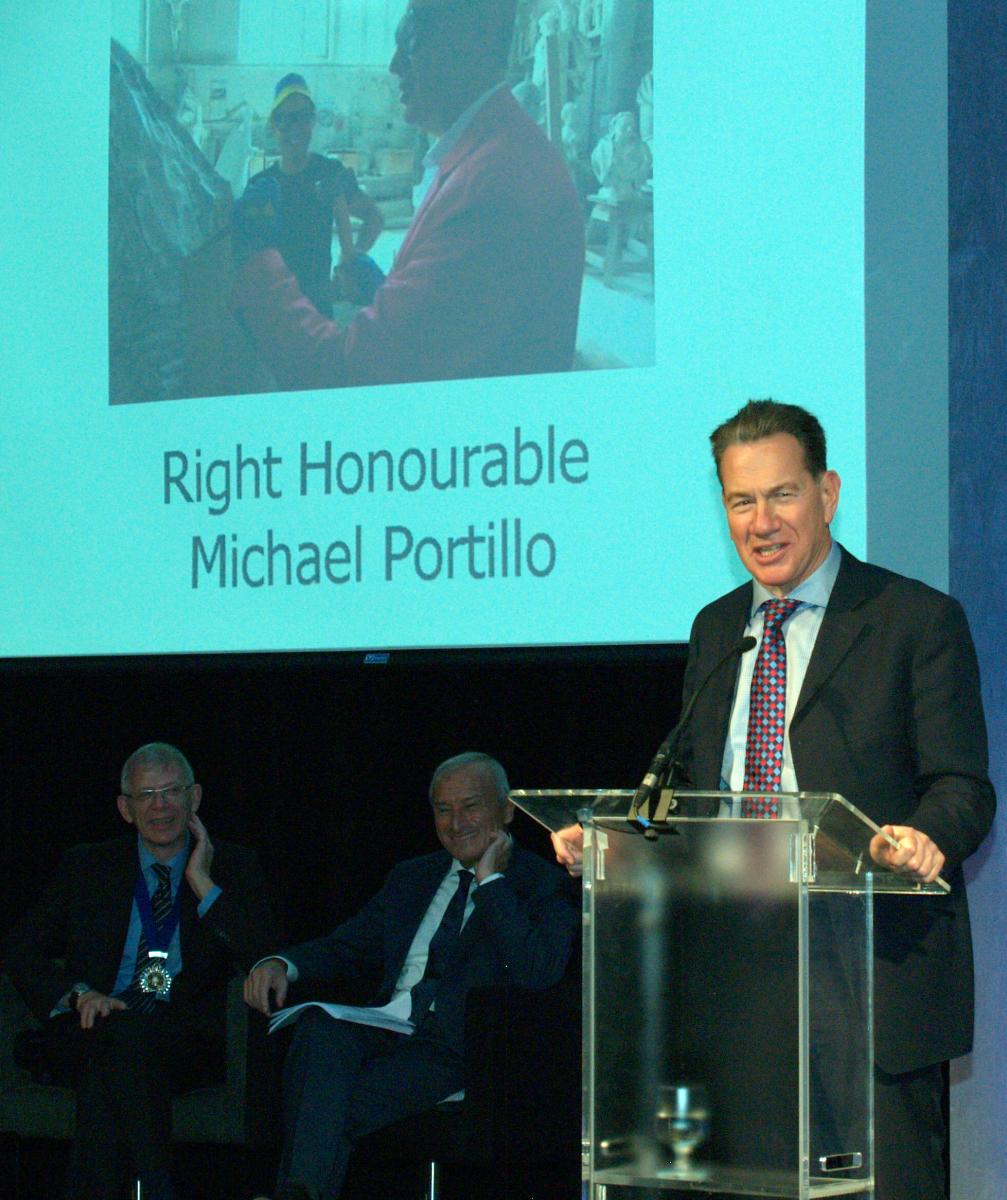 The Awards were handed to the winners by broadcaster and former top level politician Michael Portillo, who was the guest of honour and who rounded off the presentations with a light-hearted talk about his time in politics and some of the fine stone buildings he has seen on his travels with his Great Railway Journeys TV programme. Some of his talk forms the soundtrack of the video of the awards below.

There was a Special Award this year for a traditional stone project, a new oratory in the South of England (pictured below) built by Ketton Stone Masonry & Fixing to a design by Craig Hamilton Architects for a charitable trust that preferred to remain anonymous. It was so good, the judges decided to give it a Special Award because they felt it could have come first in several of the other categories. 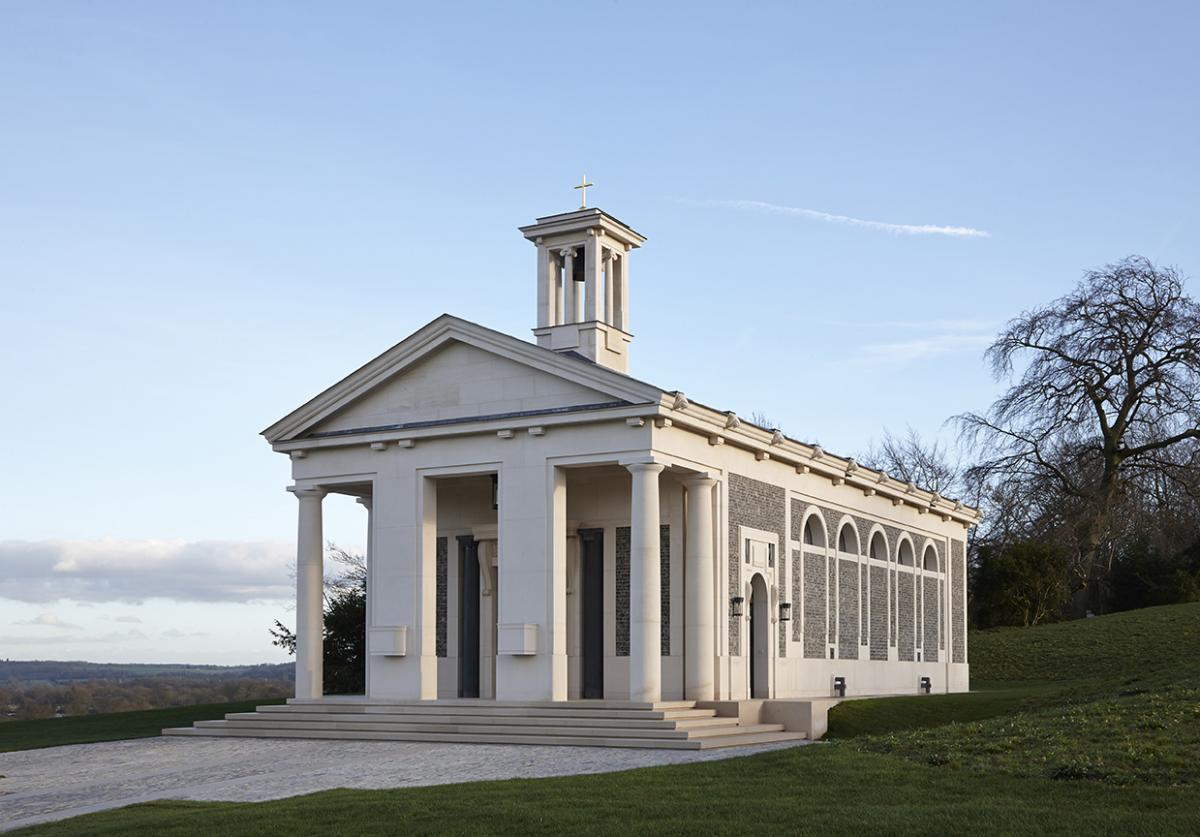 There was also a new category in the Awards this year, the Technology Innovation Award, which the judges initiated to reflect the increasing use of technology they are seeing in the projects entered. It did not produce an overall winner, but three projects were commended.

The judges said the category was introduced to “truly recognise the changes in the natural stone industry and the sophistication in computer technology”.

But no amount of technology can totally replace the hand skills of the artists of the industry, who were also recognised, not just in the coveted Craftsmanship Award that is a long-standing feature of the Awards, but also in a new category for Carving, Lettering & Sculpture, supported by the Worshipful Company of Masons, the stonemasonry livery company that plays its part in the administration of the City of London, supports the stonemasonry industry and runs charities that help stonemasonry students through their training.

The Awards show the industry’s appreciation of the vital contribution made to the British Isles by clients, developers, architects, engineers and main contractors using the products and skills that the stone industry has to offer.

The Awards are run by Stone Federation Great Britain, the body that represents the stone industry in the construction sector, but are open to everyone, not just Federation Members.

Nevertheless, the Federation maintains that its members are leaders in the industry and it was gratified that 71% of the projects entered in this year’s Awards programme involved a Stone Federation Member firm, as did 94% of winning, highly commended and commended projects.

It is also interesting to note the significant role being played by British stones in the most prestigious projects. Stone Federation Members use indigenous and imported stones – and about 75% of the stone used in the UK is imported, especially for interiors and hard landscaping. But when it comes to really making an impression, it seems to be the stone of the British Isles that is being specified, with 88% of projects in this year’s Awards involving indigenous stones. Many of the companies supplying the stones will be exhibiting at the Natural Stone Show taking place in 2017 from 25 to 27 April, once again at ExCeL London exhibition centre. Pictures of the Stone Award winning projects will form a gallery feature at the Natural Stone Show.

Stone Federation says the use of indigenous stones is not only providing an appropriate aesthetic for buildings, it is also protecting jobs and reducing construction’s carbon footprint.

One of the reasons there was such a lot of British stone this time is that the number of entries in the New Build Cladding category almost doubled and cladding on major projects often does use indigenous stones. The number of entries in the Cladding category saw the highest increase across the eight categories and indicates a rise in the use of natural stone for commercial cladding projects. Although there was also a big increase in the number of bathrooms entered in the Interiors category, and there most of the stone used is imported.

Stone Federation’s Chief Executive, Jane Buxey, said: “It has been very interesting to look through the entry statistics from this year’s Natural Stone Awards. The overall increase in entry numbers is without doubt the most exciting as it shows that the natural stone industry is continuing on a strong path out of recession. However, it is not just the number, but the consistent quality of workmanship and stone selection seen across the entries that is equally as encouraging.” 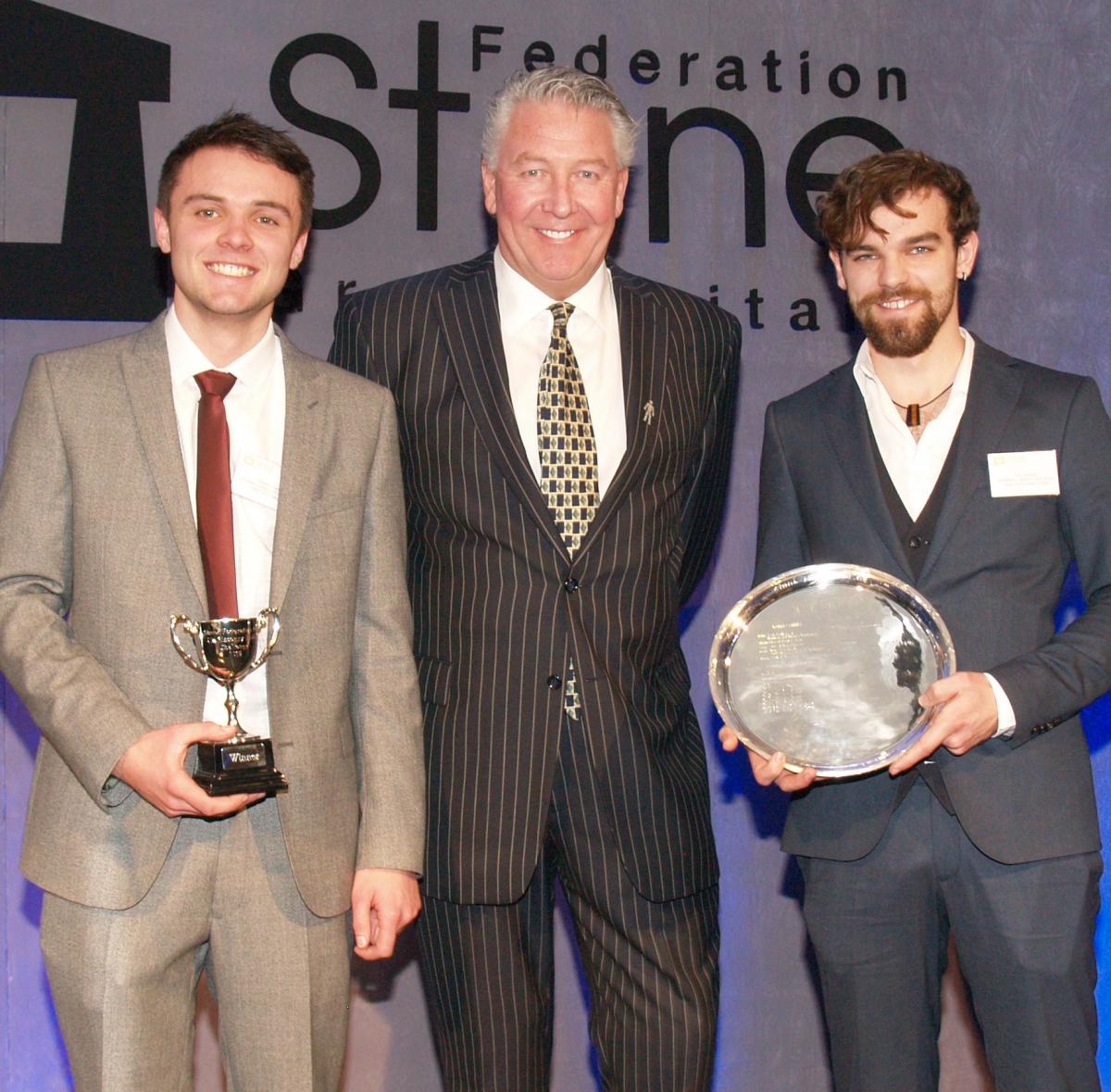 As well as the Natural Stone Awards themselves, there was a presentation to Dr Dick Reid, who has been awarded the Duke of Gloucester Gold Medal for lifetime achievement in the stone industry (we reported on his receiving the medal from His Royal Highness previously – you can read that report here) and TV builder Tommy Walsh presented this year's apprentice and trainee awards. UK Masonry Skills Challenge first, second and third place winners were: 1. William Lovell, Weymouth College (Chichester Stoneworks Ltd); 2. Tom Cloake, York College (Mather & Ellis); 3. Ross Kennedy, Elgin Conservation Centre (Historic Environment Scotland). The Trainee Mason of the Year Award went to Peter Cross, York College (Croft Building & Restoration Ltd).

You can see all the winning projects in the Natural Stone Awards souvenir brochure bound into this month's issue of Natural Stone Specialist magazine. Copies of the brochure can also be ordered from the Stone Federation website.

The Award winning projects and teams are: