2015 was another good year for Cosentino 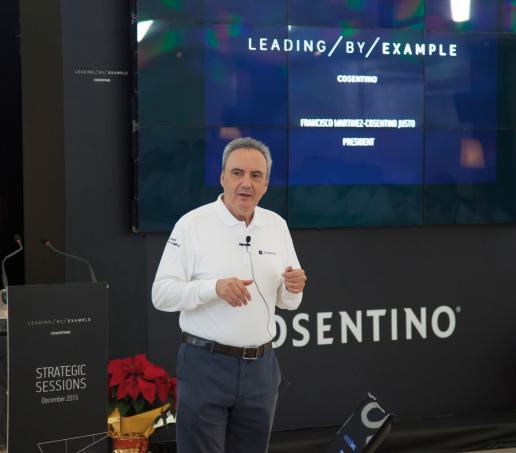 Cosentino, the Spanish stone giant that also makes Silestone quartz and Dekton sintered stone, ended 2015 with more than 100 facilities around the world (including five depots in the UK) and a forecasted final turnover of €715million, 20% up on 2014.

It took on 685 new employees worldwide, bringing its total number to 3,300.

The new recruits included the staff of two new concept ‘Cosentino Cities’ in Milan, Italy, and New York. Cosentina Cities promote the relationship between Cosentino and the design community. They provide space for designers and architects to interact with the materials and ideas for using them. They will be where new materials are launched and the possibilities of Cosentino products will be explored.

The developments were explained by Group President Francisco Martínez-Cosentino when the Group’s worldwide senior managerial staff met for its Strategic Conference in Olula del Rio in Spain.

Particular emphasis was given to the role of directors and middle managers, organisation, and the importance of managing talent and diversity.