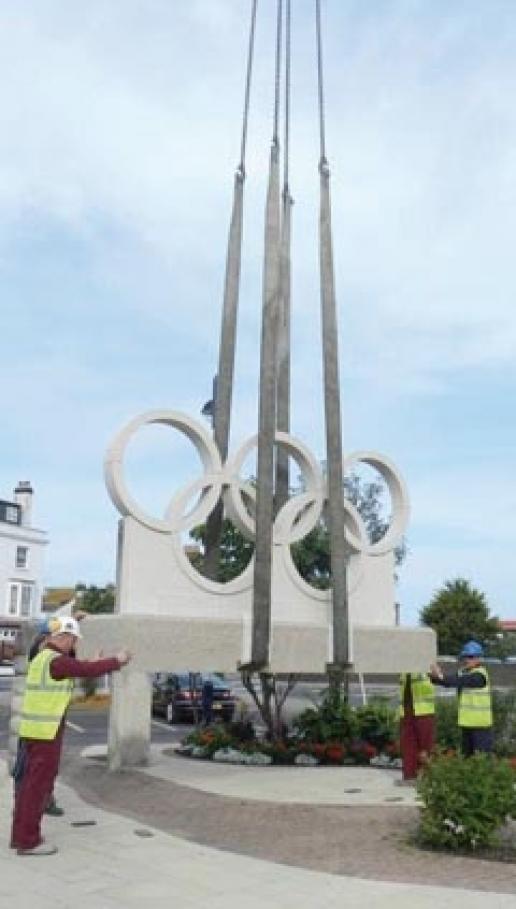 The Olympic rings being installed outside the railway station in Weymouth.

With the island of Portland, from which the famous Portland limestone comes, being just off the Dorset coast from Weymouth, there could not have been a more appropriate material to use for a sculpture of the Olympic rings that has now been installed in the town that is hosting the Olympic sailing events.

On 20 June the sculpture, made in Albion Stone’s workshops on the island, was lowered into place outside the railway station in Weymouth, where it will be seen by the thousands of visitors expected for the Olympic events.

The rings weigh 9tonnes, are a metre deep, 3.8m long, 2.5m high and took 190 hours to make. They are constructed from 10 pieces of stone joined together using stainless steel dowels.

They were paid for out of £440,000 central government funding that has been given to the town to spend on ‘look and feel’ Olympic dressing.

After the Games, it is planned the rings will be returned to Portland, where they will remain as a permanent reminder of the area’s contribution to the Olympic Games of 2012.