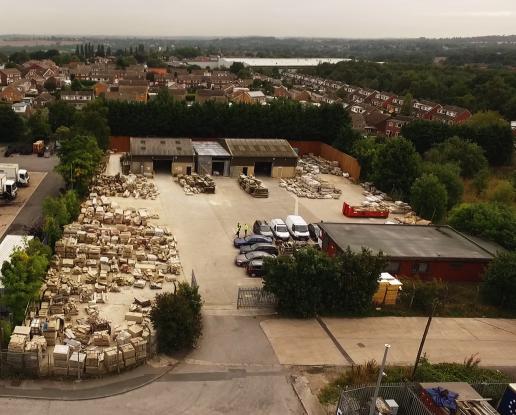 Conservation company William Anelay, which has lately been on television with Hairy Biker Dave Myers and his solo BBC2 Hairy Builders programme, has announced it is having cash-flow problems and is asking creditors to help bail it out by accepting just a proportion of their debts under a company voluntary arrangement.

William Anelay, headed by an eighth generation member of the Anelay family (Charles), has always laid claim to being the oldest, continuously trading stonemasonry business in the country, with a provenance dating back to 1747.

William Anelay has undergone some changes in recent years. Tony Townend, who had been Operations Director, took over as Managing Director from Vernon Carter in 2012. They had worked closely together since a management buy-out of the company in 2006.

Charles Anelay is William Anelay's Chairman and Special Projects Director. He says the company is proposing a company voluntary arrangement (CVA) with creditors to allow it to keep trading. Accounts for the year ending 30 June 2015 show a pre-tax profit of £493,000 on a turnover of £33.3million. In July, the current year's accounting period was extended to the end of the year.

The company currently has 190 staff, including those in its associated businesses of Lowery Roofing, Hare & Ransome Joinery, Anelay Traditional Masonry and Anelay Building & Conservation, which continue to trade as normal.

Under a CVA, businesses pay creditors a certain agreed percentage in the pound of debts owed. The aim is to be able to continue trading, so creditors receive something. If the company goes bust they might get nothing.

William Anelay Ltd is being advised by Newtons Solicitors, Knaresborough, and accountants and insolvency specialist RMT, Newcastle, which has written to creditors proposing the CVA as a way forward.

William Anelay is usually profitable and says it has a workload worth £33million in the pipeline. It has £9million-worth of projects under consideration in the current financial year and an additional £12million-worth of work secured for 2017-18. It is currently on site at 17 projects, including York Mansion House, Bradford City Hall and Lancaster Castle.

Bankers to the company support the CVA proposition.

Charles Anelay says: “While only a few projects outside our usual sphere have been involved, the values were significant and this has harmed our business performance and cash flow. They are now finished, save one, where completion is imminent, and another, which has been brought under control. But unfortunately we are now unable to pay suppliers.

“We have a fresh approach, have returned to our core operations and have a strong order book for the next 12 months and beyond.

“We appreciate that the need for a CVA will be a great disappointment to sub contractors and suppliers who have supported us for many years but this is the best way to make a maximum and prompt return to creditors and we are totally committed to making it a success. Of course, it can work only if our customers are prepared to support the proposal as well.

“With our bank’s support and a successful completion of the proposed debt restructuring, we aim to continue in our current form and are committed to completing schemes under contract.”

The company has won many awards over the years, including various Natural Stone Awards. Latest honours have included a RIBA Award 2016 for Wilton’s Music Hall, which was highlighted as ‘project of the year’; Wakefield Civic Society, winner of best refurbishment for the Art House; a RIBA National Award in 2015 for Sheffield Cathedral; and Middleport Pottery.