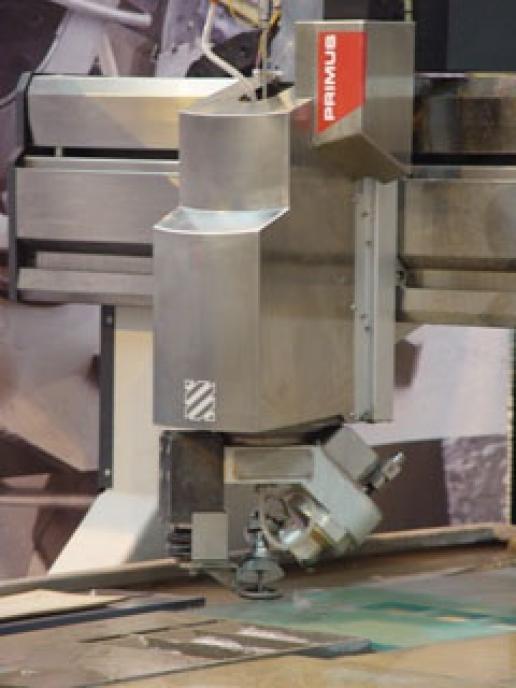 With demand for stone increasing and there being every incentive to make capital investments now, it is not surprising stone machinery suppliers are enjoying one of their best ever years. NSS looks at what is selling and some of what will be on show at the Marmomacc stone exhibition in Verona 30 September to 3 October to keep the investments coming.

If NSS was the sort of magazine that went in for cliches it might say this year has reached a perfect storm for machinery sales in the UK. A significantly favourable exchange rate, low interest rates, manufacturers competing for sales because of subdued demand in other parts of the world, a growing economy, pent up demand, a company-friendly government maintaining a high annual investment allowance and offering to pay up to 20% of the price of machinery…

What more could you ask for? If you are going to invest, now is definitely the time to do it because conditions are unlikely to remain quite so good for much longer.

The Chancellor has already said that while the Annual Investment Allowance, temporarily doubled last year to £500,000 (well, there was an election looming), would not return to the £25,000 it was supposed to be going back to on 1 January 2016, neither would it stay at £500,000. In the Budget after the election he said £200,000 would be more reasonable.

And the £2.85billion put into the Regional Growth Fund (RGF) to pay the deposit on capital investment that would not otherwise be made is running out, although you can find those sources that still have some left at bit.ly/RGFfunds.

Carl Sharkey of the LPE Group says he has sold 25 machines this year and all but two of them had deposits of between 10% and 20% paid by the RGF.

Not all the machinery suppliers have been so proactive in getting their customers a share of the Fund but they have all had exceptionally high levels of sales this year as stone companies are clearly deciding to make the most of the prevailing conditions to invest in their companies rather than give their newly returned profits to the Chancellor – and, after all, what other investment is likely to present better opportunities?

Just about all the machinery being bought is financed and there is still some particularly low cost money available from quantitative easing through the Funding for Lending Scheme (FLS), which was going to end last year but at the last minute was extended until the end of this year as less than £55billion of more than £80billion available had been drawn down.

Participating financial institutions are encouraged to use this money by being able to draw down £5 for every £1 of it they lend to SMEs at discounted rates. The Bank of England says 34 groups are providing loans through FLS this year and between them they lent £600million to SMEs in the first quarter.

One company that has made consistent use of the Funding for Lending Scheme is Portland limestone producer Albion Stone. It has invested £2million in new equipment, helping it to move exclusively into mining, with money borrowed at interest rates as low as 1.5%, although this year the rate has increased to 1.9%.

Making these measures temporary, as the Government has – even interest rates look increasingly likely to rise soon – tends to bring forward investment decisions to take advantage of them before they finish. It is certainly one way of stimulating the economy and seems to have worked admirably at a relatively low cost to the Exchequer – compared with the cost of keeping the banks afloat, anyway.

The Government says that for every £1 it has put into the RGF, for example, the private sector has put in £5.50 towards the cost of capital investment. So the £2.85billion the Government has contributed has grown the economy by £16billion – more, in fact, because it is also reckoned to have resulted in 130,000 additional jobs.

See how philanthropic making your business more profitable is? All the Government now wants is for you to pay your employees a bit more and David Cameron will step down as Prime Minister, as he has said he will before the next election, a happy man.

But what machinery do you need? Many of the major manufacturers will be exhibiting at Marmomacc in Verona 30 September to 3 October, supported by their UK agents, some having instigated the latest developments in response to what is required in the UK market. Here NSS takes a look at some of the developments and hears from the suppliers.