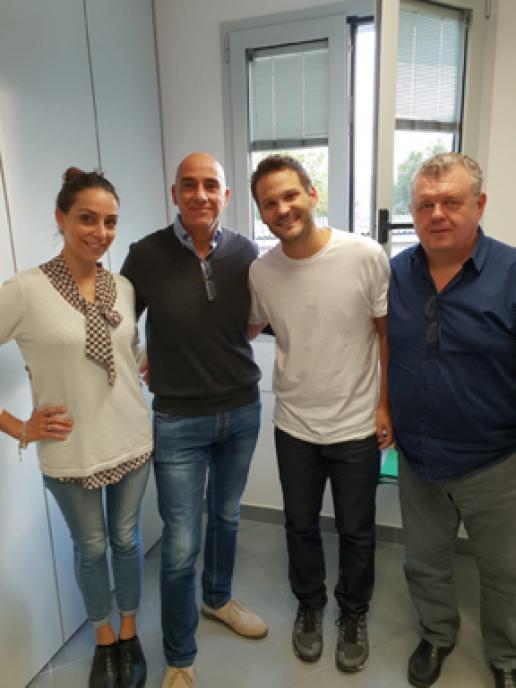 Italian company Ferrari & Cigarini has been selling machinery for more than 50 years but it has tended to be on the tile side of the industry. With stone fabricators now taking more of an interest in processing porcelains and sintered stone, the Ferrari & Cigarini products have caused more fabricators to take a second look at the company’s products.

Now Andy Bell of Stone Equipment International (National Masonry) has also taken a second look and believes this is the right time to represent Ferrari & Cigarini in the UK and Ireland. He has concluded negotiations with the Italians to start selling their products from the New Year.

Ferrari & Cigarini has a lot of its machines working in the UK but most are with tile and brick companies, although it has been promoting its products to the stone industry in the UK – and with some success. It was at the Natural Stone Show in London this year where it attracted interest, perhaps even because its products look a little different to many in the stone industry.

It is because they are a bit different Andy believes they will sit comfortably alongside the Marmo Meccanica edge polishers and Emmedue CNC workcentres he sells without conflicting with them. What he especially liked about them is that they are straightforward and easy to use.

The negotiations between Stone Equipment International and Ferrari & Cigarini got under way at the Marmo+Mac exhibition in Verona at the end of September, with a little assistance from Natural Stone Specialist’s Italian-speaking Advertising Manager Anna Gibiino, says Andy.

He likens the meeting with the Ferrari & Cigarini Directors to the Dragon’s Den programme on television, but the grilling gave him confidence that the Italians were serious about the proposition.

The range of machinery is extensive, with  specialist equipment such as tile sample cutting machines, machines for making cladding to accommodate mechanical fixings, a machine for making mosaics and another for producing skirting boards, right up to five axes CNCs and production lines. There is also a water recycling system.

The machines come in three ranges: Industrial for large scale production, Star for medium sized business, and a Compact range for smaller companies. Just introduced is a Green production line to minimise water and energy use.

Andy has already been to Italy to be introduced to the company and see the full product range. His engineers will be visiting for training on installation and maintenance of next month (December).

Stone Equipment International also has a thriving business in used machinery and will be happy to take used machinery in part exchange for new Ferrari & Cigarini installations.

Andy believes the machines can open new markets for stone processors, adding sales such as skirting boards in stone or porcelain to go along with tiled floors and producing furniture for increasingly popular outdoor kitchens. He says porcelain can help expand markets for fabricators. “It’s only a matter of time.”