Your mason's mark could win you a bottle of Champagne 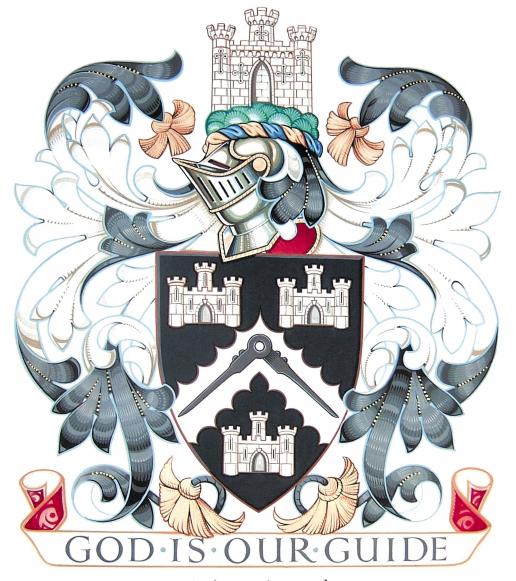 This is the Masons' Livery Company coat of arms. The Company is collecting masons' marks on its stand (A20) at the Natural Stone Show.

The Masons’ Livery Company (the Worshipful Company of Masons, to give it its official title) is once again at the Natural Stone Show in London at ExCeL from 30 April to 2 May, where it will be inviting masons to submit their masons' marks for its register of them. For one lucky person who does so each day of the show, there will be a bottle of Champagne in the prize draw.

Click here for your free ticket to the show

The Worhsipful Compoany of Masons was formed in medieval times as a trade guild of the City of London. Its main role was to regulate the quality of stone buildings and the conduct of stonemasons working in the Cities of London and Westminster.

The Masons’ Company has close associations with many other Livery Companies, of which there are now 110, especially those related to the construction industry.

Today, the Company is dedicated to supporting training in the use of natural stone. It does this by giving grants and bursaries to students in the colleges and cathedrals that it supports.

The Company also gives financial assistance to several stone festivals held around the country, sponsoring prizes for winning competitors. It also supports demonstrations of stonemasonry and stone carving to young people, encouraging them to take an interest in this industry with its roots in the historic craft.

In 2007, the Company launched the Duke of Gloucester Awards to encourage skilled stonemasons and craftsmen from all over England to develop their careers by recognising their contribution to stonemasonry. In common with several other City livery companies, in 2014 it began awarding Master Craftsmen certificates to outstanding stonemasons from around the country. It now also confers Journeyman status on those progressing in their career.

The Masons’ Company launched an initiative to capture current practising masons’ banker marks in 2013. These are the marks that masons have used for millennia to identify their work. They were used originally as a quality assurance and so that the correct mason was properly rewarded for their work.

In the renovation of historic buildings these marks, which are usually on the sides or backs of stones in buildings, are uncovered. But there is usually no way of tracing them to the individual who cut them into the stone.

The Masons’ Company felt it would be useful for future generations of genealogists trying to trace family lines to be able to associate the marks, which often last for centuries, to the mason who carried out the work, so that a more complete picture of the person might emerge.

So the Masons Company has created a register of masons’ marks. The marks on it can be viewed on the Masons’ Livery Company website (www.masonslivery.org/marks).

As well as the marks, the stonemasons who submit them to the Masons’ Company Register are encouraged to include a few details about their training and career to help complete the picture.

If you have a mason’s mark, you are welcome to submit it for inclusion on the register. You can do so online but you can also do so at the Natural Stone Show on the Worshipful Company of Masons’ stand (A20), where there is also a demonstration of masonry by a student of the Building Crafts College in London, famous for its stonemasonry and carpentry courses. The College was founded by another of the Livery Companies, the Worshipful Company of Carpenters, in 1893 and continues to be supported by the Carpenters’ Livery Company, these days also with the backing of the Masons’ Company.

There will be forms on the stand to fill in and post into a box. There will be representatives of the Masons’ Company on the stand who would be pleased to talk about the work the Company does and membership of it as a Yeoman, Journeyman and Liveryman (although you don’t have to be a man these days; the terms are simply traditional).

If you submit your mason’s mark, you might win a bottle of Champagne. One will be given away each day of the exhibition to the person who submitted one of the forms. 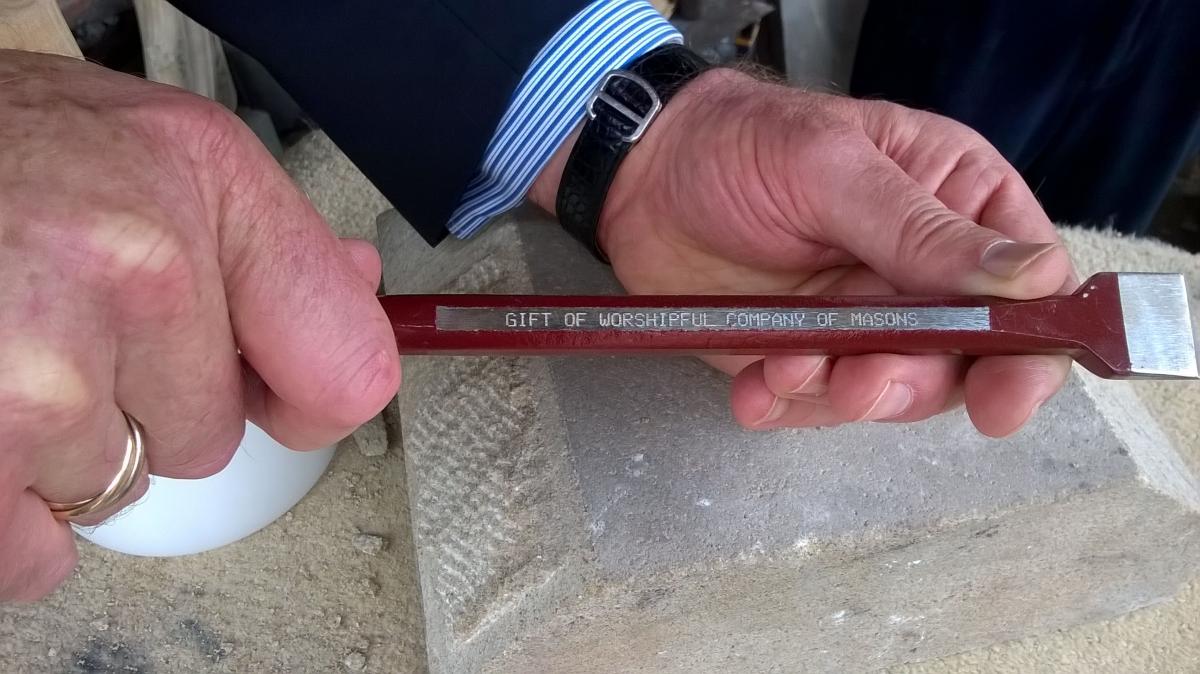