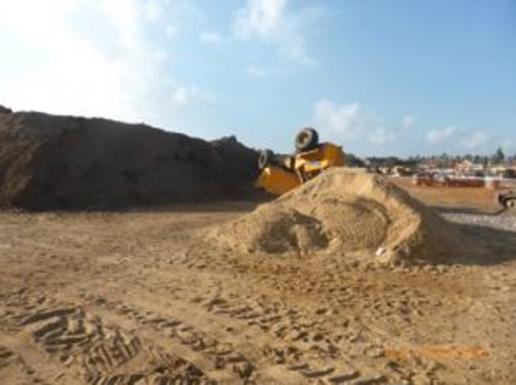 The overturned dumptruck following an incident in which the driver died.

A leading construction company has been fined £225,000 and ordered to pay £11,822.90 costs following an incident in which a worker was killed when a dumper truck overturned.

Chelmsford Magistrates’ Court heard this month (15 November) that on 3 October 2016, David Scott Green, a groundworker working for Rose Builders Ltd, was manoeuvring a 9-tonne front tipping dumper truck on a spoil heap to offload top soil at the Summers Park Development site in Colchester, Essex. He lost control of the truck, which toppled forward and came to rest upside down at the base of the spoil heap.

A colleague ran over to assist, but Mr Green had sustained a serious head injury during the fall and died at the scene.

An investigation by the Health & Safety Executive (HSE) found major deficiencies in the management of tipping operations on the spoil heaps.

The investigation established that the operation was not properly planned. Drivers were not given instructions or training on how to operate vehicles safely to empty them on spoil heaps and the job itself was poorly supervised.

Mr Green did not have his seat belt fastened. The HSE investigation discovered this was common practice on the site.

Speaking after the hearing, HSE inspector Kasia Urbaniak said: “This was a tragic and wholly avoidable incident caused by the failure of the employer to assess the risk related to tipping operations, implement safe systems of work, and ensure that such systems were communicated to groundworkers and were followed.”