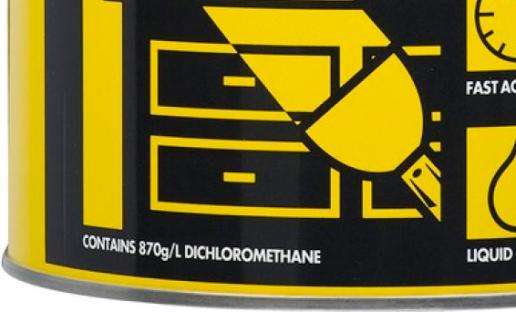 Nicholas Corbett, a Director of Abel (UK) Ltd, has been sentenced to 10 months in prison for the online sale of products containing prohibited substances, including the paint stripper dichloromethane (DCM).

DCM was banned from inclusion in paint strippers at the end of 2010 by European legislation, although companies were allowed to sell existing stock for another year. It was not supposed to be used by DIYers or the trade onsite after June 2012, although it could still be used in workshops and factories.

However, EU member states were told that they could get an exemption to the onsite trade ban if testing of competency was in place. Typically the training and testing takes less than a day. If the test is passed, then the operative holds the official certificate in competency for the safe use of DCM-based paint strippers. In the UK, the Health & Safety Executive (HSE) took up the opportunity of offering an online test for stone and facade cleaners in October 2016. Nottingham company Beech Restoration was the first in the country to be certified to use DCM-based paint strippers onsite (read more...).

Without the certificate, it is still illegal to use DCM paint strippers onsite and DCM is banned from DIY products.

Nicholas Corbett of Weddington Road, Nuneaton, pleaded guilty to breaching Regulations 9 and 18 of The Plant Protection Products Regulations 2011 and Regulation 11(2) of The REACH Enforcement Regulations 2008 when he appeared before Warwick Crown Court.

The Court heard that a complaint had been made against Abel (UK) Ltd in August 2014 because it was selling a plant protection product containing Sodium Chlorate, which is a prohibited substance. An investigation by HSE discovered the company was also selling paint stripper containing dichloromethane (DCM), which is restricted under Registration, Evaluation, Authorisation & Restriction of Chemicals (REACH) legislation.

The company failed to check at the point of sale that the paint stripper containing DCM was either being sold for use in industrial installations or, after October 2016, to appropriately certificated professionals, which is a condition of sale.

Speaking on 3 January after the hearing, HSE inspector Sarah Dutton said: “Chemicals are carefully regulated to protect human health and the environment. Sodium Chlorate is not approved for use in weed killers, as a safe level of use was not established for operators. Dichloromethane (DCM) has been restricted in paint strippers due to concerns for human health during its use – it has caused fatalities when not used properly.

“Companies should be aware that HSE will take robust action against those who unnecessarily put the lives of workers and the public at risk, and against those who endanger the environment through the inappropriate supply and use of chemicals.”

Dichloromethane (DCM) is also known as methylene chloride. It is an effective stone and masonry façade paint stripper that can be used without damaging natural stone substrates, which makes it popular in the stone cleaning and heritage market.