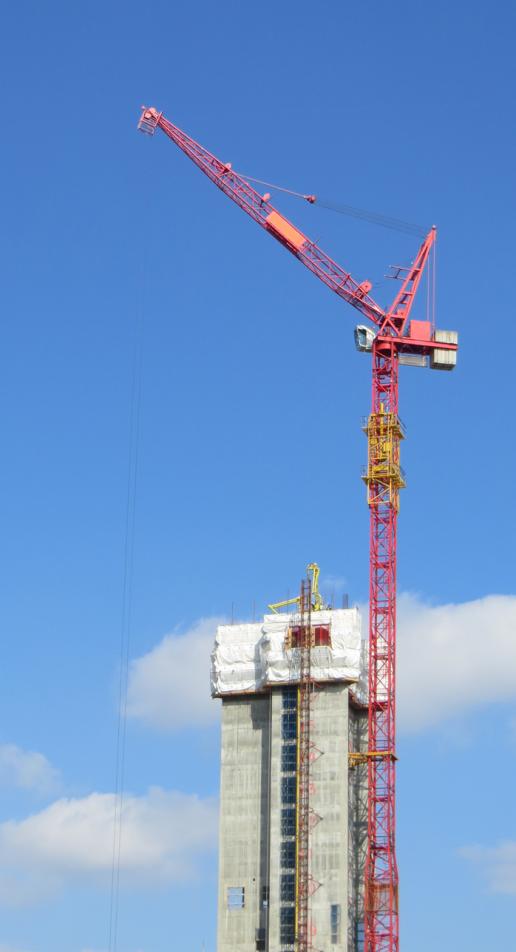 Tower crane industry should take note after deaths, says family. "The whole crane industry must learn from our tragedy and the devastation it has caused. We do not want another family to endure the same pain of losing their child.”

Note: This is a picture of a tower crane that is not related in any way to the collapsed crane or any company or person involved in the incident.

Falcon Crane Hire Ltd has been fined £750,000 this month (March) after a crane driver and a member of the public were killed when a tower crane collapsed.

Southwark Crown Court heard how crane driver Jonathan Cloke, 37, died after falling from the crane as it collapsed. It fell on to Michael Alexa, 23, a member of the public, and also killed him.

The court heard how sections of the tower crane, which was on a housing development in Thessaly Road, Battersea, separated when 24 bolts failed due to metal fatigue.

The 24 bolts were a significant safety feature on the crane’s slew ring, which connected the mast (tower) to the slew turret. This allows the jib of the crane to rotate through 3600. When the bolts failed, the slew turret and jib separated from the mast and fell to the ground.

The Health & Safety Executive (HSE) investigation into the incident, which was in September 2006, found Falcon Crane Hire Ltd did not investigate a similar incident which happened nine weeks earlier, when the bolts failed on the same crane and had to be replaced.

HSE found the company had an inadequate system to manage the inspection and maintenance of its fleet of cranes.

Its process to investigate the underlying cause of components failing was also inadequate.

HSE told the court the particular bolts were a safety critical part of the crane. The court also heard the bolts failing previously was an exceptional and significant occurrence, which should have been recognised by Falcon Crane Hire.

Lilliana Alexa, Michael’s mother, said on behalf of her family: “Michael was a lovely son, a wonderful big brother and a devoted father. His son has had to grow up without the love and support of Michael, who adored him. He was denied that opportunity because his life was taken away and with his, ours too.

“The memories of that day will never leave our family. We heard the crash and felt the ground shake. I found Michael and it’s an image that haunts my nightmares. If only we had stopped to chat or parked the car somewhere else he would still be alive. We know we are not to blame but it does not stop us all feeling guilt.

“We cannot comprehend how our beloved son, brother, father and friend who was so full of life has gone. The whole crane industry must learn from our tragedy and the devastation it has caused. We do not want another family to endure the same pain of losing their child.”

Mike Wilcock, HSE Head of Operations, said: “Jonathan and Michael’s deaths were tragic, needless and entirely avoidable. These two men need not have died had Falcon Crane Hire taken the right, decisive action when the bolts failed the first time. The company fell far short of its health and safety obligation.”