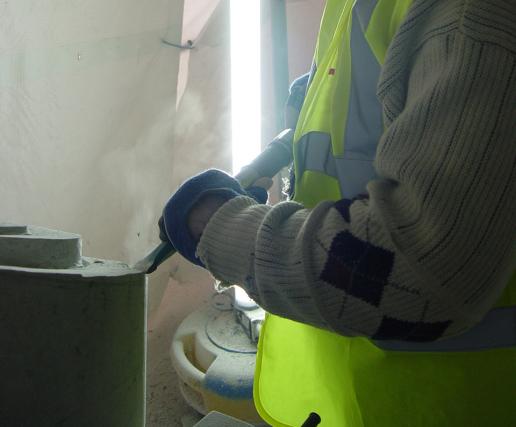 All power tools pose a potential vibration risk and companies that ignore that risk are facing severe penalties when prosecuted as well as leaving themselves vulnerable to compensation claims and subsequent rises in insurance premiums.

A company providing specialised services in rock drilling, cliff stabilisation and rock anchors and its director have been sentenced after a number of workers were diagnosed with hand arm vibration syndrome (HAVS).

Plymouth Magistrates’ Court heard on 1 August how three employees of Celtic Rock Services Ltd had developed and reported symptoms of HAVS. But the company took no action.

The employees used tools such as rock drills and jack hammers for cliff stabilisation work, often carried out by abseiling down a cliff and using the tools horizontally while working from ropes.

The workers began to experience symptoms such as pins and needles and aching hands. One of them said the symptoms had started in 2000. But it was not until 2016 that an occupational nurse was employed and the HAVS problem was identified.

An investigation by the Health & Safety Executive (HSE) found the risk assessment did not identify the actual exposure to vibration and had used out of date vibration data. The investigation also found there was no health surveillance in place until 2016 and employees were not made aware of HAVS and its symptoms. When symptoms had been reported, the company had failed to take action.

Celtic Rock Services Ltd of Bossell Road, Buckfastleigh, Devon, pleaded guilty to breaching Section 2(1) of the Health & Safety at Work Act 1974. The company has been fined £36,667 and ordered to pay costs of £3,560.

Alwyn Griffith Hughes Thomas, Director of the company, also of Bossell Road, Buckfastleigh, Devon, pleaded guilty to breaching Section 37 of the Health & Safety at Work Act 1974. He was given a 12 week custodial sentence, suspended for one year, a 12 week curfew and ordered to pay costs of £3,560.

Speaking after the hearing, HSE inspector Caroline Penwill said: “This was a case of the company and its director completely failing to grasp the importance of HAVS risk assessment and health surveillance. If they had understood why health surveillance was necessary, it would have ensured the right systems were in place to monitor workers' health and the employees’ conditions would not have been allowed to develop, one of which was to a severe, life altering stage.”