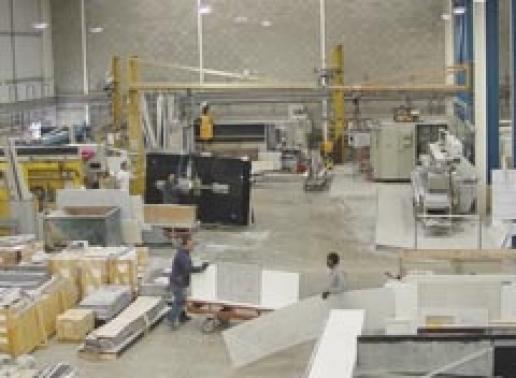 The simplest way of making the workplace safer, both in the workshop and on-site, is often to improve materials handling. It can also improve your bottom line

The construction industry employs about 4% of the UK’s workforce but accounts for 27% of workplace deaths each year and 12% of reported non-fatal injuries. That’s out on site, but you are not much safer in the workshop. Manufacturing accounts for about 9% of the workforce but 21% of workplace deaths and 13% of reported non-fatal injuries.

The construction industry kills more of its employees each year than any other sector. In 2009-10 there were 42 fatal injuries.

The incidence rate of reportable non-fatal injuries in construction was 1,300 per 100,000 – significantly higher than the average across all industries.

The figures come from the Labour Force Survey. They show that quarries and mines are still among the most dangerous places to work, but the extractive industry has collectively signed up to ‘Target Zero’, which aims to wipe out accidents in mines and quarries and is making good progress towards that goal. The construction industry hasn’t.

The extractive industries even take near misses seriously because they are considered indications of systems failures that could lead to injuries. On construction sites and many of the workshops feeding them minor injuries are often shrugged off with a “well, accidents happen”.

They do, but they shouldn’t. Anything that leads to an accident should have been done in a different way. And the risk should have been assessed before the accident happened so that an alternative way of carrying out the task could be devised. It is not just good sense for firms to carry out such assessments to protect their workforce, it is a legal requirement.

Of course, barring the odd disaster, the workplace is becoming safer. British industry tends to kill and maim fewer of its employees these days than ever and the number of sick days taken is falling – it was 8.5million across the whole workforce last year.

Even construction sites and factories are becoming safer places to work. But there were still 3.3million sick days taken by those working in the construction industry in 2009-10, which is more lost days than in most industries.

Presuming companies are only employing people who are earning them more than it costs to employ them, that’s a lot of lost income, let alone all the sick pay, compensation that may be involved, increased insurance premiums, and even the often underestimated cost of bad publicity and damage to reputation.

There are those who complain about the costs involved in complying with health & safety regulations. That suggests a certain ambivalence towards the safety of employees but also ignores the costs involved when someone is injured. For many firms, the wages bill is the biggest overhead. If labour is an expensive asset it makes sense to protect the investment in it. And, in any case, improving materials handling often improves efficiency and if you can get more finished product out of existing resources you will be more competitive – or, in other words, richer.

The majority of injuries both on site and in the masonry shop are minor cuts, crushes and strains that can, nevertheless, lead to lost production. They are the easiest to avoid by using the plethora of devices now available for lifting, moving and storing stone. And avoiding such injuries will show the biggest improvement in your workplace injury and sickness figures.

Health & safety should have a place on the agenda of board meetings – and not at the end, either. It is an important consideration in protecting your investment in people. It should involve targets, just as much as your sales figures should, and everyone in your company should be involved in achieving those targets.

That means everyone has to know how well they have done. Many quarries now have signs up recording the number of days since the last reported accident – although if you do that you have to up-date it daily, so everyone knows it matters, not leave it gathering dust somewhere after the first week’s initial enthusiasm has worn off.

There are other benefits of improving materials handling. Installing fixed lifting gear, such as a pillar crane, can make you realise your workflow is not as organised as you thought it was. Ideally, stone enters a factory at one end and finished product comes out the other without ever having to be lifted anywhere. That tends not to happen, but what you don’t want is a lot of re-handling.

Improvements in logistics – the flow of work through a factory, delivery to site and installation on site – can have a significant impact on profits. Reducing the amount of handling, and particularly manhandling, can significantly speed up processing, loading and unloading, and installation. It also significantly reduces the opportunity for damage to be caused to the workpiece.

It has probably not escaped anyone’s notice that stone is heavy. When somebody lifting it suffers a catastrophic failure of a part of their body (normally their back or hands) they tend to let go. When they do, everyone in the vicinity rapidly also becomes acutely aware of how brittle stone is and the company gets a sharp reminder of how expensive it is.

It might not seem overly important at that moment, but it does not look very professional, either. And if the stone was a worktop, say, going into a new kitchen being installed in someone’s home, the resultant language might not impress the customers too much, either.

No doubt we all know someone involved in installing stone who does not seem overly concerned about the image they present, but how important is word-of-mouth recommendation to your business? A lot of companies rely on it.

While a customer might initially be sympathetic if an installer has hurt himself and broken her new worktop, she could be less sympathetic when she has to return to the stone supplier to choose a replacement slab of granite for her kitchen and then wait for it to be processed again. She, in the meantime, is unable to use the much anticipated new kitchen that she has already been waiting six weeks to have installed.

All of a sudden £250 for a small dolly with pneumatic tyres to smooth out rough terrain seems very reasonable. Even the £3,250 for the Asinus cart with powered lifting from Waters Stone Group does not seem at all expensive.

Improving materials handling is probably the easiest way to make the largest impact on reducing crush, cut and strain injuries in your workshop and reducing the number of productive days lost each year to sick leave.

But don’t forget, the biggest danger in a masonry workshop is respirable crystalline silica dust (RCS), especially where high silica content stone is being worked – man-made quartz composite has the highest silica content, closely followed by granite and sandstone, but all stone contains some level of silica.

About 1,000 people a year in the UK die as a result of having worked in an atmosphere of silica dust – and stonemasons are exposed to more of it than most.

One in 20 people consistently exposed to even the legal level of RCS (0.1mg/m3 of air) will die prematurely – and using a dry disc to cut stone typically produces 700mg of respirable dust per cubic metre of air.

That is not as bad as smoking, which kills half of those who expose themselves to it, but if you smoke as well as breathe RCS, you are five times more likely to end up with chronic obstructive pulmonary disease or silicosis than if you don’t, so even if the smoking does not prematurely end your life there is a one-in-four chance RCS will. And if it does not kill you, it can be debilitating by reducing your lung capacity so even walking leaves you gasping for breath.