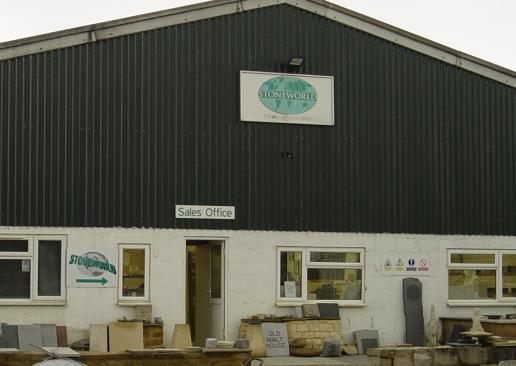 This is Stoneworld's premises in Great Milton, Oxfordshire, where the Pelligrini wire saw was being installed when it toppled on to an employee.

Two companies have been found guilty of health & safety failings after a worker was badly injured when a five-tonne Pelligrini wire saw being installed toppled and hit him.

Stoneworld (Oxfordshire), which was having the machine installed at its premises at Great Milton, Oxfordshire, and G J Harris Engineering Services, which was installing it, had both pleaded not guilty at Oxford Crown Court to failing to discharge a duty in relation to health & safety regulations.

After nearly three hours of deliberation, on 14 February jurors who had heard the case found both companies guilty by a unanimous verdict.

The companies will have to wait until 30 April to find out what their penalties will be. Judge Nigel Daly agreed to adjourn the case for a sentencing hearing on that day.

Stoneworld supplies stone for interiors and exteriors. It contracted G J Harris Engineering Services to install its new saw. On 9 November 2016, while the saw was being installed, it toppled and hit Stoneworld employee Andrew Caffyn.

During the trial Shauna Ritchie, prosecuting, said Andrew Caffyn was walking by on his lunch break when the machine toppled on to him. He suffered a broken left arm requiring an operation as well as a broken knee and broken wrist, and he needed stitching to his left eye.

During the trial, witness Robert Gregory, who runs a classic cars transport business adjacent to Stoneworld, said he had seen a man later identified as Gerald Harris of G J Harris Engineering Services using a "prybar" (crowbar) on the machinery to move it around.

Mr Gregory said he had been concerned at what he saw. "I went on to speak to my son and said there is an accident about to happen there... I could just see something happening."