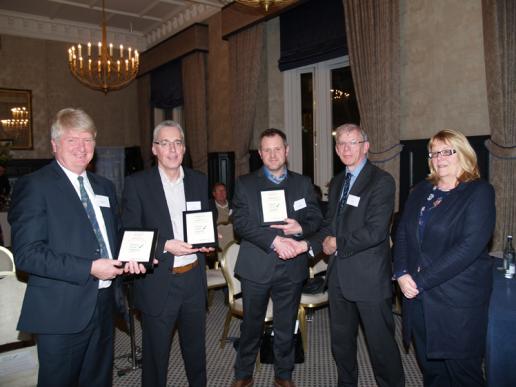 The first companies on the Ethical Stone Register received their Ethical certificates at the launch of the register in Bloomsbury House, London, on 1 February. In the picture (left to right) are Steve Turner of Amarestone, Rob Harris of Burlington, Marcus Paine of Hutton Stone. Marcus is shaking hands with Stone Federation President Tim Yates and on the right is Jane Buxey, Chief Executive of Stone Federation GB.

Stone Federation Great Britain's Ethical Stone Register (ESR) was officially launched at Bloomsbury House in London on 1 February, when three of the four companies that took part in pilot schemes to test the protocols were presented with certificates for having successfully achieved level two status of 'Verification' on the register. 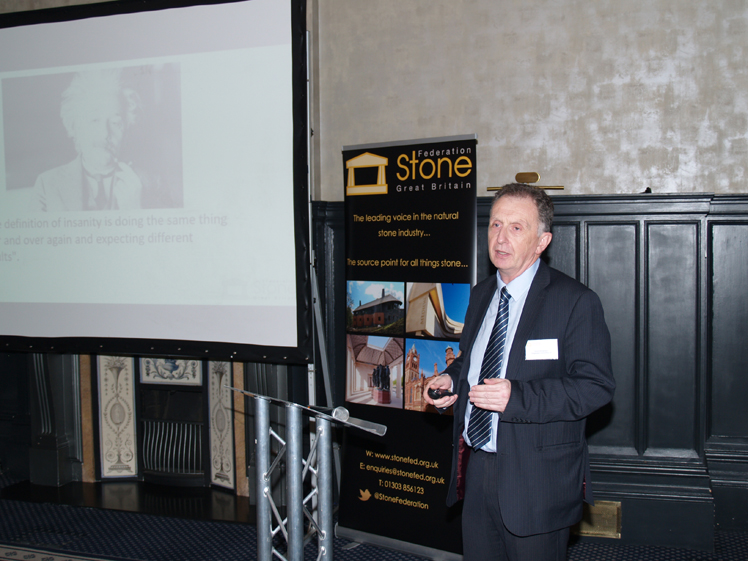 Former Stone Federation President David Richardson, who, as Diagenesis Consulting has helped create the Register for the Federation, said in introducing it that it is a journey. The three categories of entry on the Register are: Declaration, Verification and Accreditation. Stone Federation has commited to making it a condition of membership to be on the Register to show that all members at least declare an intention to try to ensure there are no modern slavery or sustainability issues arising in their supply chains.

The ESR is not, however, only for Stone Federation members. Any stone company from anywhere in the world can apply to be included on the register, which is accessible online at the URL at the end of this report.

Gio Vettori from Woods Bagot, an architectural company with offices around the world, was among those who attended the launch. He said of the ESR: “It’s important and interesting and falls into place with what’s going on.”

Ethical Trading has become of greater significance since the introduction of the Modern Slavery Act 2015, which requires larger companies to include a statement in their annual reports and on their websites about what efforts they are making to identify and eliminate modern slavery from their supply chains.

As even larger companies are not in a position to reserch all the supply chains of suppliers, they are beginning to expect suppliers to provide their own evidence of ethical trading. Stone Federation's concern is that there needs to be a critical mass of stone companies taking action over the issue, so the industry can be seen to be responding and that it can be seen to be a trusted supplier.

If it is not seen in that light as an industry, it could simply add to the pressures on the natural stone sector, which is already facing increasing pressure from man-made products.

Read more about the launch and the register on the Stone Federation website here.