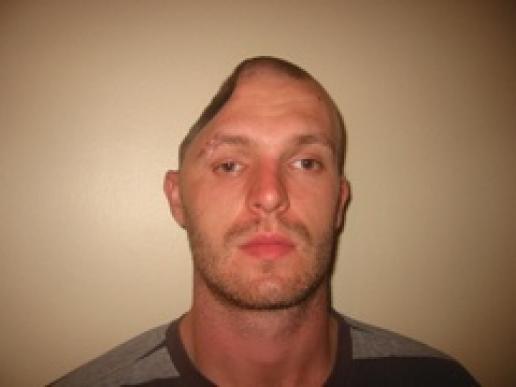 Alan Hind (pictured right), from Corrie Common near Lockerbie, is 28 and will spend the rest of his life with his sight, hearing and personality permanently affected as the result of head injuries suffered when he fell through a roof he had been working on.

He had 16 skull fractures, broke his jaw in three places, fractured his wrist, damaged a kidney and is now deaf in his right ear and blind in his left eye. Parts of his brain were so badly damaged they had to be removed.

He says: “It was a frightening time. There was nothing to protect my brain – just skin. I was worried to go out. I didn’t like to be around lots of people in case I bumped my head.”

He was working for brothers Robert and Eric Murray when the accident happened. They have been fined a total of £13,000 with £12,000 costs by Carlisle Crown Court for breaches of working at height regulations. Eric Murray, trading as EJ Murray (Steel Structures), and Robert Murray, trading as Murray Structures, both pleaded guilty to the offences.

David Charnock, HSE Construction Inspector in Cumbria, said afterwards: “Mr Hind is lucky to be alive following his fall, which could and should have been prevented. Unfortunately, neither Robert nor Eric Murray took the necessary safety precautions and Mr Hind suffered horrific injuries as a consequence.”

The Health and Safety Executive (HSE) prosecuted Robert and Eric Murray following the incident at Watts Yard on London Road in Carlisle on 27 February 2008. The court heard that Robert Murray was in overall control of the project, and that his brother, Eric, was in charge of dismantling the building Alan Hind was working on.

Mr Hind has been unable to return to work since the incident, and had to wait six months for a titanium plate to be inserted into his damaged skull.

Eric Murray was prosecuted for breaching Regulation 6(3) of the Work at Height Regulations 2005 by failing to take measures to prevent workers falling and being injured.

Robert Murray pleaded guilty to breaching Regulation 5 of the Work at Height Regulations 2005 by not hiring trained workers, and Regulation 29(1) of the Construction (Design and Management) Regulations 2007 by failing to ensure the work was planned and carried out safely.

David Charnock added: “As this incident demonstrates, carrying out work at height can result in serious injury and even death if not properly planned. Steps must be taken to prevent people falling, and everyone involved in the work must be properly trained.”

Falls from height are the most common cause of workplace deaths in the UK. Information on improving safety is available at the website address below.