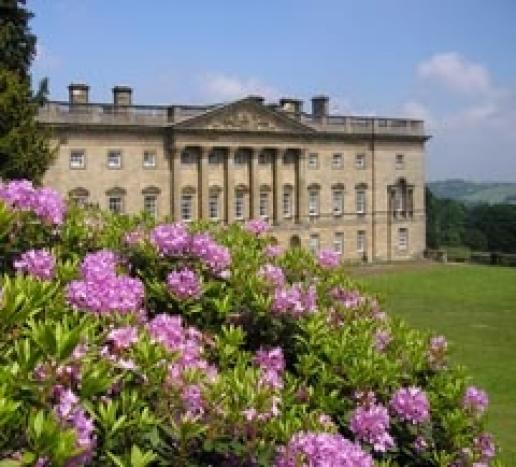 Initial HLF support” was also awarded to four projects enabling them to develop plans to apply for a full grant at a later date. These include support for a ‘saloon-style’ Music Hall in London and a new home for the National Horseracing Museum.

Carole Souter, Chief Executive of HLF, said: “Our £11million investment will help transform these five unique heritage sites ensuring they will still be around for everyone’s enjoyment for many years to come. As we approach Volunteers’ Week“, it’s important to remember and celebrate the contribution that volunteers make to both the UK’s heritage and the wider economy. Projects like the ones we are supporting today simply would not be able to function without their time and on-going commitment.”

The Grade II listed Transporter Bridge, one of only a handful of its kind in the world, links Middlesbrough and Port Clarence and is a spectacular landmark on the River Tees. It also stands as an important reminder of the town’s long steel and engineering heritage. In recent years the Transporter has become home to regular fundraising events involving bungee jumping, zip lining and abseiling from the towering structure.

HLF’s grant will enable Middlesbrough Council to make essential improvements allowing the public to experience the dramatic views including, new lifts and a restored gondola. A range of educational activities will also be on offer, such as trips to the Teesside Archives where people will have the chance to learn more about the bridge’s extensive history and workshops for local schools. Volunteers will be given opportunities to lead guided tours, arrange talks and help with important maintenance work.

Kevin McCloud, author, broadcaster and designer, said: “The Transporter Bridge, sitting bang in the middle of Middlesbrough, is an extraordinary example of engineering, something long associated with this part of the world. The bridge also demonstrates the very British enthusiasm for practical problem-solving. This is why it’s great news that the Heritage Lottery Fund has invested £2.6m into the future of the bridge, enabling the local community and visitors to get involved with this special landmark in new and exciting ways.”

Built between 1945 and 1947, HMS Alliance holds an important place in Britain’s maritime history and is the last surviving World War Two ‘A’ class submarine in the country. Alliance first went on display to the public at the Royal Navy Submarine Museum in 1981 and remains its most important and popular heritage asset. Part of the ‘core collection’ on the Historic Ships Register and one of only two listed submarines, the vessel also stands as a memorial to Royal Navy submariners lost while on active duty.

The project involves important restoration work to Alliance such as repairing the bow and the stern and fixing extensive corrosion to the vessel’s surface. New learning opportunities to bring the sub’s history alive for visitors and school groups will include a compartment-by-compartment interpretation featuring guides in period dress and film screenings. Volunteers will play an important role in these activities - the project aims to clock up 2,500 hours of volunteer time over its lifespan.

One of only seven pleasure piers in Wales, Penarth Pier and Pavilion is Grade II listed as a fine example of early 20th-century seaside architecture. It stands as an important reminder of the rich maritime history of the South Wales coast. Built in 1894, the pier began life as a landing jetty and gradually developed into a focal point for the town’s social life when a Pavilion was built in 1929. The Pavilion closed to the public 15 years ago and has since fallen into disrepair. PACL* hopes to re-establish that focal point for activities appealing to local residents and visitors alike.

HLF’s grant will go towards major renovation works to the Pavilion’s outer façade and interior, ensuring that its remaining historic fabric is preserved and the structure is safe for visitors. A new learning space will be created inside the Pavilion which will host a range of activities such as school sessions and exhibitions centred on the Pavilion’s maritime heritage. Up to 230 people, including staff and local students, will be offered varied training opportunities and 1,000 volunteers will get involved.

Built for worship around 1100 AD and originally a parish church, Wakefield Cathedral became a cathedral in 1888 with the formation of the Diocese of Wakefield. Today, it is the city’s most iconic building and the centre of religious and community life with a wide ranging programme of music, worship, arts, heritage and civic events.

HLF’s funding will enable essential development and conservation work to the grade one listed building to better reveal its history and heritage. Archaeological investigations can now go ahead and the anticipated findings will help tell the story of what lies beneath the cathedral and create an exciting programme of activities for visitors. There will also be improved lighting, flooring, heating and better access with the removal of the Victorian pews to create a more flexible open space.

Grade II* listed Wentworth Castle Conservatory is one of the last surviving Victorian winter gardens in the country, sitting at the heart of Wentworth Castle Gardens and Stainborough Park. Built in the late 1800s, the delicate iron work, exotic planting and extraordinarily early use of electricity has ensured its important place among historians and architects despite its current condition. The site has an active volunteer and Friends Group and over 200 people have so far sponsored panes of glass to help with restoration costs.

The project will restore the conservatory and return it to its original splendour. The refurbished potting shed will also become an interpretation gallery. Visitors will benefit from a range of open days, activities and events encouraging them to learn more about the intriguing history behind this architectural gem. Training in rural crafts, garden maintenance and archaeological recording will also be offered to staff and volunteers.

Initial support to a total value of £358,100 has also been pledged in development funding to four projects which can now progress plans in order to apply for a full HLF grant.

Hoxton Hall, located in the heart of East London, is a rare Music Hall built in 1863. The only example of a saloon-style hall in the UK, the hall acts as a social hub for the local community. Hoxton Hall aims to restore the building in keeping with its 19th-century design and introduce a range of community events. These will include story telling days, archive research and activities led by local young people looking into the history of the hall and the surrounding area.

Palace House and Stables, originally built for King Charles II, are the oldest racing stables in the country. Situated in Newmarket, the home of British horseracing, the stables were training horses up until 1985. Project plans include: transforming the site into a horseracing heritage centre and creating a new home for the National Horseracing Museum and a gallery to display the extensive collections belonging to the British Sporting Art Trust.

Middleport Pottery, located in Burslem, was formerly owned by prolific pottery firm Burgess and Leigh and used as a production site for their world famous Burleigh Ware. The Prince’s Regeneration Trust plans to conserve and restore the site, maintain an operational Victorian pottery using traditional hand crafted methods and open the site to the public as a visitor and educational resource.

Ancient Woodland, described as land that has had continuous woodland cover since at least 1600 AD, holds an important place in the natural heritage. The Woodland Trust will focus on 10 areas across the UK and will bring together landowners and organisations to advise them on the restoration of ancient woodland sites that were planted with conifers during the 20th century. Local volunteers and history groups will be recruited to help with land surveying, photography and restoration work. The project aims to make a substantial contribution to the UK Biodiversity Action Plan target for woodland.