Elgin Muckle Cross to get refurb 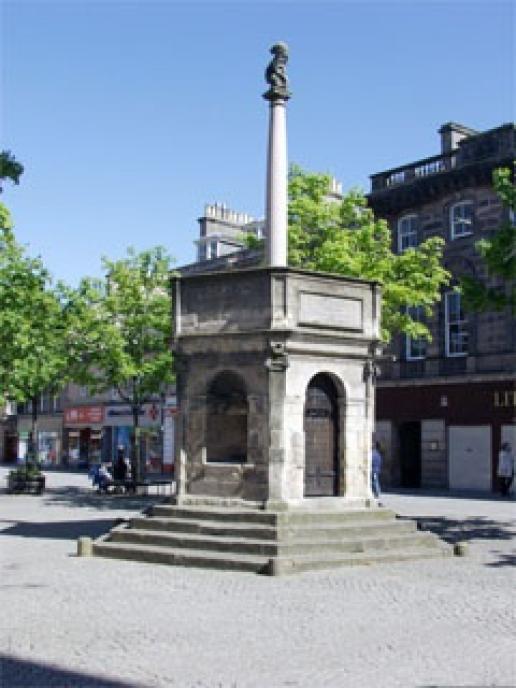 The Muckle Cross in the centre of Elgin, made from the local Clashach sandstone and one of the oldest monuments in Moray, Scotland, is to be given a facelift.

The restoration of the Muckle Cross has been given the go-ahead by the council. The work is estimated at £55,000. Funding will be provided by £20,000 from Moray Council, £15,000 from the Elgin Common Good Fund and the rest (up to 50% of the final cost) from the Elgin Conservation & Regeneration Scheme.

Councillors were told that the Muckle Cross is showing significant signs of deterioration and that the refurbishment would greatly enhance a part of Elgin’s heritage that is a tourist attraction in the central shopping area.

Since medieval times a cross has stood at the heart of Elgin and has been used as a gathering point for proclamations, the latest one being the announcement of the coronation of Queen Elizabeth II in 1953.

The current cross is the third that has stood on the site. It is an 1880s structure which was a rebuild of a cross erected in 1630 to replace the original. The 1630 cross was surmounted by a lion, which was re-used to top off the 1880s cross and is still there.

Moray Council area stretches from Tomintoul in the south to the shores of the Moray Firth, from Keith in the east to Forres in the west. The council and its 4,500 employees respond to the needs of 92,500 residents in this beautiful part of Scotland, which nestles between Aberdeenshire and the Highlands. Moray Council is headquartered in Elgin, the administrative capital of Moray.