Gothic mystery opens to the public 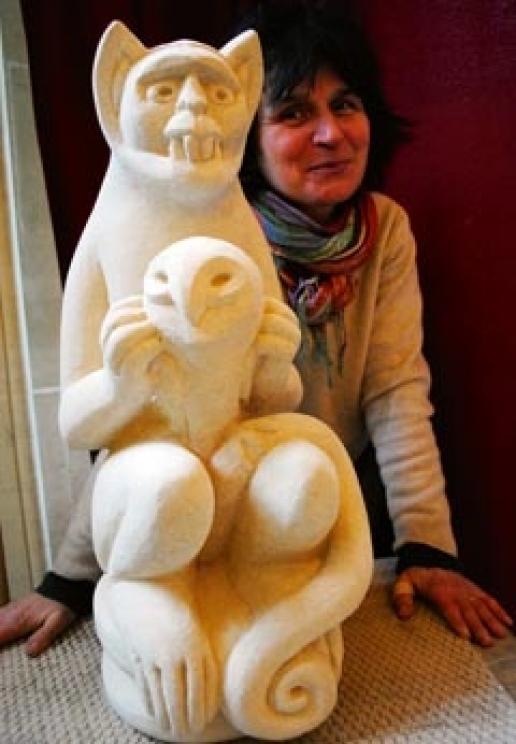 Woodchester Mansion, the Victorian Gothic country house in South Gloucestershire that was mysteriously abandoned mid-construction, allowing current generations of conservationists a unique opportunity to witness 19th work in progress, was opened to the public on 2 April.

For years, current generations of stonemasons, conservators, carpenters and other trades have been honing their skills while conserving the mansion as an unfinished masterpiece built from the local limestone.

Sir Simon Jenkins, Chairman of the National Trust, cut the ribbon on completion of the ‘Time Stands Still’ project, supported by a Heritage Lottery Fund (HLF) grant of £49,800. The project enables visitors to share the hidden archives and lost history of the building for the first time.

The house, which sits in a 400 acre park, was abandoned in a hurry by its builders in 1877. They left the wooden scaffolding in place and abandoned their tools, leading to legends of them being frightened off by ghosts.

The ‘Time Stands Still’ project is the culmination of 10 years research by Woodchester Mansion Trust Chairman Stephen Davis, who has sought and bought letters, photographs, maps and documents to enable him to piece together the history of the devout Roman Catholic Leigh family, who had a vision of re-establishing a religious order in Gloucestershire.

Stonemasonry students from City of Bath College were some of the latest of the current generation to benefit from the unique training opportunities offered by Woodchester Mansion. One of them, Jitka Palmer, is pictured (right) with a Gothic-inspired carving she produced during a 10-week project at the mansion. It has now been installed on the roof.