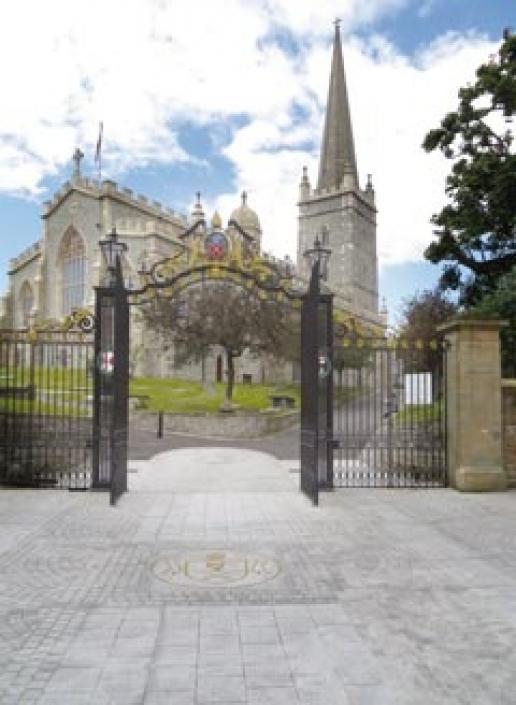 Derry or Londonderry, whichever you prefer, in Northern Ireland is to be the first UK-designated City of Culture – not to be confused with the European status of City of Culture given to Glasgow and Liverpool.

In recognition of the status being conferred on the city next year, several conservation projects have been brought forward, with some help in funding from the Northern Ireland Assembly, so they will be finished in time for the hoped for increase in tourism that will result from the City of Culture epithet.

The UKâ€ˆversion of City of Culture does not bring with it the sort of money that the European status attracted to Glasgow and Liverpool. Nevertheless, there is a good slice of conservation stonework associated with it, some of which is pictured above.

Work on the buildings is part of a Built Heritage Programme that was established in preparation of a Public Realm plan for the historical walled area of the city and its environs.

The plan identified six key buildings, all of them stone, that were at risk due to failing fabric and lack of funds to undertake the requisite work to restore them. They have received financial support under the Built Heritage Programme. They are: the Apprentice Boys Memorial Hall; the First Derry Presbyterian Church; St Columb’s Cathedral; the Aras Colmcille project; the Playhouse and The Guildhall.