Heritage : HLF's £161million contribution to the Olympics to return to the heritage sector... maybe 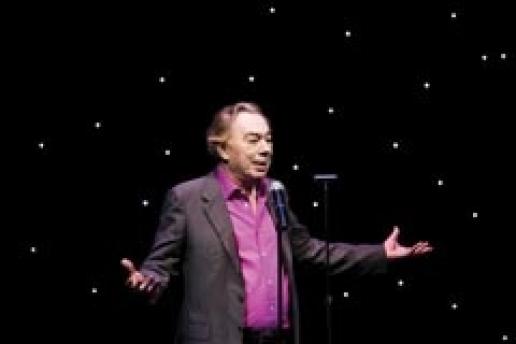 The Angel Awards, presented by English Heritage and the Andrew Lloyd Webber Foundation are back in October.

The government has said money diverted to the Olympics from other sources will be returned. That should mean the heritage sector is due for a £161.2million boost through the Heritage Lottery Fund. But it might not be that straight forward.

The Olympic Games have undoubtedly given the construction industry and the economy in general a desperately needed boost. But not all sectors have benefited equally. One that has been a loser is heritage, because £161.2million that would otherwise have gone to the Heritage Lottery Fund to help care for the nation’s important historic structures has been diverted to the Games.

It is only supposed to be a temporary diversion, with the government promising that money taken from other areas will be returned as it is recovered from the sale of the Olympic assets, notably the land.

But that could be a problem. You might have noticed land prices are not what they were. Neither is demand for housing. So will the money be returned?

NSS put the question to the Department for Culture, Media & Sport (DCMS). A spokesperson said: “In a perfect world with a buoyant property market the full amount would be returned.”

The implication clearly is that in this imperfect world that does not have a buoyant property market, not all the money is necessarily going to find its way back into the heritage sector.

And that is only one part of heritage sector funding that is under pressure. After the 2010 election the axe of austerity fell heavily on English Heritage, cutting its budget by 32%.

The champion of the built heritage in England understatedly described the cut as creating “exceptional challenges”, especially as it came on top of years of budget restraints that had seen it lose £10million on average in each of the previous 13 years.

The Strategic Stone Study was an ambitious project expected to cost about £1million to map all the active and historical sources of stone in England and to identify the stones used in the country’s historical buildings.

It is difficult to overestimate the potential value of the study to the conservation sector and to the traditional indigenous stone industry in England in general.

English Heritage worked with the British Geological Survey (BGS) on the project, Tarnia McAlester in charge of collecting the data for English Heritage and the BGS entering it all on to layers of a Geological Information System (GIS) on a freely accessible website (http://maps.bgs.ac.uk/ BuildingStone).

Tarnia’s contract came to an end this month (June) with studies of 32 of the 44 areas (basically counties, although some of them with a lot of stone have been sub-divided) having been surveyed. Substantial reports, or atlases, of many of the areas covered have been completed and can be downloaded from the website.

Identifying all the stone buildings and the source of the stones used in them was always going to be a massive task and one that was expected to stretch on beyond the period of the compilation of the Strategic Stone Study. It was always intended that more information could be added to the database stretching on into the future and English Heritage expects that to happen. English Heritage told NSS the contract requires the BGS to maintain the English Stone database in perpetuity.

A little more pain was heaped on the heritage sector in general in the Government’s Budget this year when the VAT rate of zero on listed building alterations was raised to 20%.

The heritage sector had long complained about the anomaly of alterations being zero rated while repairs carried the full 20% burden of the tax – on the face of it increasing the likelihood of changes being made to listed buildings rather than them being conserved in their original state.

The hope was that as Europe does not allow VATâ€ˆrates to be reduced to zero, both repairs and alterations might be standardised at 5%. Standardising them both at 20% was not the aim.

It said while it noted the removal of VAT relief on approved alterations to listed buildings would eliminate a perverse incentive to carry out more changes than are necessary, “we recognise there is also a potential negative impact on private owners, charities and places of worship”.

In the case of ecclesiastical buildings, the Government’s Listed Places of Worship grant scheme already included the VAT on repairs that qualify for grant aid and, after some consideration, the government said it would also cover the VAT on conservation work, taking the pressure off churches and cathedrals.

English Heritage said: “We welcome the Government’s commitment to extend the scope of this scheme to include VAT paid on alterations and look forward to seeing the detail of how the extended scheme will work once the Department for Culture, Media & Sport has discussed it with stakeholders.”

Not everyone was quite so reserved. A group of 20 or so conservation groups, including the Listed Property Owners Club, sent a letter to the Telegraph. Part of it read: “Since the last Spending Review the Government has cut heritage sector funding by more than £650million per year and responsibility for heritage conservation now falls almost entirely on the private and charitable sectors. We can only assume the Government has missed the obvious link between this targeted VAT relief and its own ambition to create the ‘Big Society’.

“Unless the Government steps away from this planned tax increase, it will be responsible for very real damage to the UK’s heritage and a further brake on economic recovery.”

The Federation of Master Builders is behind a Cut the VATâ€ˆcampaign and the Heritage Alliance added its objections with letters from its Chairman, Loyd Grossman, both to the Chancellor and to the Times.

Encouraged by government U-turns on VAT on pasties and static caravans, the campaign has continued and on 12 June the Listed Property Owners Club wrote another letter, this time to the Chancellor. It says: “The decision to provide additional compensation to listed places of worship demonstrates the Government’s admission that the VAT increase will put our historic buildings at risk, but offers nothing to help community centres, town halls, village halls or privately owned listed buildings.

“We are already seeing evidence of projects that have been cancelled or put on hold as charities worry about how to raise an additional 20% and projects become unaffordable. This is having a negative impact on the construction industry at a time when weak demand is holding back wider economic recovery.”

But it is not all doom and gloom in the heritage sector and the Heritage Lottery Fund has brightened up the mood this month with the announcement that it is to make a further £13.6million available to improve skills in the sector through its Skills for the Future and Training Bursaries Programmes.

It says this money will deliver 788 new placements for people seeking a career in heritage. It will not only support traditional conservation training but also a wide variety of more contemporary skills, such as using social media to get people involved in the heritage.

Dame Jenny Abramsky, Chair of the Heritage Lottery Fund, said when announcing the new funding: “This extra money expands our tailored skills programmes at a time when demand for training opportunities is extraordinarily high.

“The Heritage Lottery Fund has been championing work-based placements for a number of years and we are pleased to be able to give even more financial support through the Training Bursaries and Skills for the Future programmes.

“Together, they are on course to deliver 2,200 training places by 2015. This is good news for the heritage sector which a decade ago feared that many key skills would be lost.”

Another piece of good news is that the Angel Awards are being presented again in October this year after their launch last year. Even if they did not encourage more conservation work, the Angel Awards would be worth it just for the spectacular star-studded presentation ceremony at Andrew Lloyd Webber’s Palace Theatre in London.

The Awards are a way for English Heritage to maintain the profile of conservation in spite of diminishing funds. English Heritage has augmented its own budget by joining forces the Andrew Lloyd Webber Foundation for the Angel Awards, which recognise the contribution of the largely unsung heroes who preserve the country’s built heritage.

There was a lot of interest in last year’s inaugural awards and the organisers hope to attract even more interest this year by widening the entry criteria to include rescues of Grade II buildings and sites as well as the Grade I and II* projects the awards were restricted to last year.

The entry deadline for the awards was 15 June, so you are too late now to enter this year if you have not already done so. Maybe next year?

If you want a good day out and have an opportunity to attend the awards ceremony it is well worth going along. You can find out more about it on the English Heritage website, www.english-heritage.org.uk/heritageangelawards.