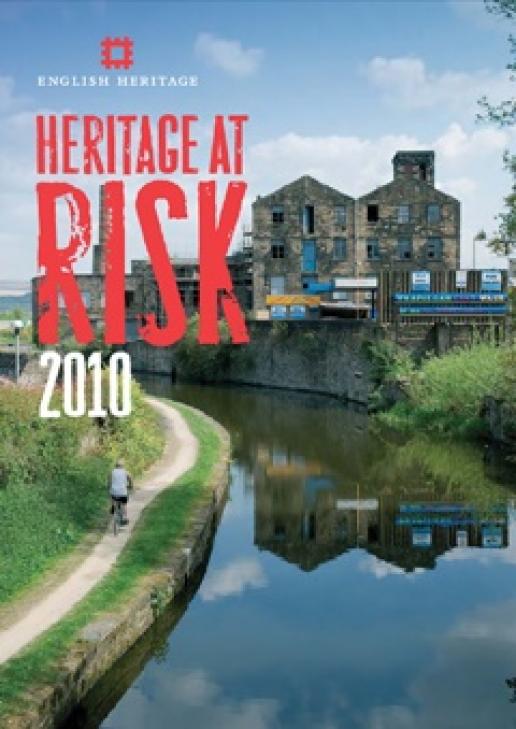 It is not just the built heritage that is at risk, it is also the companies looking after that heritage with funding becoming harder to find, warns English Heritage as it prepares for its share of government cuts.

English Heritage published this year’s ‘At Risk’ register this month (July) with a warning that the built heritage could already be suffering from the effects of recession and that with government cuts and a 14% rise in VAT still to come, worse is likely to be on the way.

There is a lag between enquiries and work commencing in any sector, but it is often even longer when heritage buildings are involved, as funding and planning issues creep on. That has probably cushioned the sector from recession, but now the recession is catching up even with the heritage sector.

Projects launched in a more buoyant financial climate are drawing to their conclusions. Some that got under way have been put on hold. At others, less work is being carried out than originally envisaged and some are simply progressing more slowly than intended.

In its ‘At Risk’ report English Heritage warns that from now on the owners of buildings on the Heritage At Risk Register are going to find it more difficult to assemble the funding packages needed to bring their properties back to beneficial use.

Restrictions on credit, reduced levels of public funding, falling investment returns and the liquidation of developers and construction businesses will all make it harder to find viable solutions for the country’s heritage already at risk, they say.

English Heritage themselves are having to absorb more than £4.2million of the public sector cuts under the new government. They say the cuts will be achieved by a recruitment freeze, from yet unallocated money, and by bringing forward efficiency plans intended for future years. However, they say they do not anticipate any reduction in grants and that the impact on front-line services will be as little as possible.

Overall, the number of entries on the At Risk Register has fallen by 139 (2.7%) this year to 4,955. But that represents a slow-down in the number of Grade I and II* buildings being saved. And with property prices falling, the ‘conservation deficit’ – the difference between the cost of repair and the value of the building once it has been repaired – is now estimated at £465million, a 10% rise since last year.

Dr Simon Thurley, Chief Executive of English Heritage, said at the launch of this year’s At Risk Register: “In the current uncertain climate, English Heritage has two vital contributions to make. First is our Heritage at Risk programme itself. It gives communities – local people, local authorities and the larger community of both official and voluntary heritage groups – accurate information about the condition of local neighbourhoods. It encourages them to become actively involved in restoring what is precious to them, and it reassures them that any public funding goes to the most needy and urgent cases.

“Second are our grants and expertise. Where private investors won’t venture, where developers have walked away, and where public bodies have other priorities, it is often only an English Heritage grant, coupled with our world-leading expertise, which can save a building from being lost.

“The Heritage Lottery Fund is also of enormous benefit to buildings and other heritage sites which are open to the public and we are delighted the government intends to restore its share of Lottery income.”

But Dr Thurley continued: “The fact that historic buildings at risk are getting harder to save is very worrying. Removing domestic buildings from the Register has been the real success story of the last 10 years but with decreased house prices, the difficultly of getting mortgages and the uncertainly of the jobs market, private buyers and small developers are less likely to invest in a building at risk.

“We might even see more buildings coming on to the Register as people spend less and less on maintenance and repair. Government figures show that in private housing as a whole this spend fell 12% from 2008 to 2009 and continues to fall.

“We are delighted that the governmental Planning Policy Statement 5, published earlier this year, for the first time requires local authorities seriously to consider how they are going to tackle local heritage at risk. But local authority cuts, both in terms of funding and conservation staff, could result in catastrophic losses. 16% of historic buildings at risk are the libraries, schools, hospitals, police stations and other typically Victorian or Edwardian edifices owned by local councils and greatly cherished by local communities.

“And will councils still put money into other local heritage – parks and public monuments for example – which give no direct financial return but are central to the lives of those around them?”

The main focus on the stone sector by English Heritage is the Strategic Stone Study (SSS). As reported previously in NSS, the study is intended to identify the source of building stones used around the country, linking buildings with the quarries that supplied the stone.

The Strategic Stone Study was a recommendation of the Symonds Report, Planning for the Supply of Natural Building and Roofing Stone in England and Wales, published in 2004. The information is intended to help planners to identify the needs of their areas for building and roofing stone and the sources of that stone, so that areas of supply are not sterilised by being built on, for example.

English Heritage are working with the British Geological Survey (BGS) to collate the information on to layers of a geological information system (GIS) map.

Just over £500,000 has been committed to the Strategic Stone Study up to the end of 2011. The Department of Communities & Local Government are paying £280,000 and English Heritage the rest. At the end of 2011 progress will be reviewed and it is anticipated that another £500,000 might be required to finish the project.

There are 47 counties from which information has to be gathered to be entered on to the GIS map by the Geological Survey. So far, 14 are finished or nearing completion, but with the methodology now largely established it is hoped the work can progress more rapidly and that more than half the county surveys will have been completed by the end of this year. Money has been provided by the Regional Assembly for Yorkshire & The Humber to undertake work on that area earlier than would otherwise have been possible.

The aim is eventually to have every stone building in the country recorded with the stone used in its construction identified. For now, it has been decided to input five buildings per parish, which ought to provide a good overall picture of the use of stone. Information about buildings is proving harder to find than information about stone sources.

Questionnaires are being sent to quarry operators, building conservators in councils, church authorities and others who might be able to provide information about buildings and sources of stone.

It is hoped that once the initial information has been gathered and collated, that will not be the end of the project, but that the data set will grow with more information being added to it continually.

Many of Stone Federation Great Britain’s traditional masonry members, as well as quarry operators, play an important part in the heritage sector and the Federation decided last year to formalise the representation of its members in this sector by forming a Heritage Forum among its members involved in the sector to give them a strong collective voice.

A questionnaire is now being sent to all members involved in conservation to assess the relevant support they need and the information they require.

The Federation has already published a 36-page Guide to Best Practice on the Cleaning of Internal & External Masonry Surfaces to provide guidance on what is sometimes one of the most controversial subjects of conservation.

Next on the agenda is a Guide to Best Practice on Repair, Restoration & Maintenance. A working party will be set up with the Federation’s Stone Cleaning & Surface Repair Group to produce this next guide in what is intended to become a whole series covering conservation subjects.

The Stone Federation Heritage Forum will work closely with the other organisations in this field, such as English Heritage, Historic Scotland, CADW, The National Trust, SPAB, The Victorian Society, Ecclesiastical Architects & Surveyors Association and English Stone Forum to ensure a strong liaison with the relevant bodies in this important area.

The English Stone Forum brings together the representatives of 11 organisations involved in the use of stone on buildings, from quarry companies to architects (although they have just lost their RIBA representative and are waiting for another to be proposed) and conservation organisations.

Their latest meeting was in June, when they welcomed Barry Cooper from the International Association of Engineering Geology & the Environment (IAEGE) as a guest.

The IAEGE has proposed a new protected category for heritage stone, like a World Heritage Site, which would recognise the significance of some building stones to the built environment and protect the sources of them. They would be known as Global Heritage Stones.

They also suggested that only stones with a proven international provenance over a period of at leat 50 years should be considered.

Barry pointed out problems in defining heritage significance and the need to secure international agreement on procedures and criteria for defining significant types of stone.

In discussion, it was agreed that English Stone Forum should continue to engage with this initiative. It was felt that the initiative might, in time, help to drive the re-opening of some quarries and make available again some significant building stones.

The Forum is working quietly behind the scenes on a number of issues such as this, which could be significant for the stone industry in the UK.