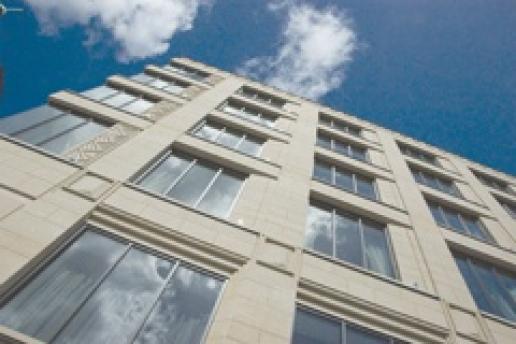 Northern Ireland’s best known stone specialists, outside their home territory as well as within it, are S McConnell & Sons, based in Kilkeel, who have earnt themselves a reputation for achieving technological solutions to stone working.

It started when they won the contract to restore the Albert Memorial Clock in Belfast and invested in a sophisticated Omag CNC workcentre to produce replacement capitals and other ornate stonework.

Their reputation was already growing when they won the contract to produce the Princess Diana memorial for Hyde Park. Working the hard, DeLank granite from Cornwall into the Gustafson Porter designs on the Omag workcentre and Terzago saws was challenging. It required both software and diamond tool development that would have been demanding enough on their own but the pressure was increased by time constraints imposed by the immovable date of the Queen’s opening.

Then came the Armed Forces Memorial to commemorate those who had lost their lives serving in the armed forces since the end of World War II.

Again there was a demanding design (by Liam O'Connor) requiring 16,000 names to be cut into the classically proportioned walls of curved and straight Portland limestone. A second Omag was bought to produce the letters in the stone before the walls were erected. Hand cutting them into the finished walls would have taken masons years. Without the technology, the memorial would have been prohibitively time consuming and expensive. McConnell’s Directors worked through torrential rain and floods at Alrewas in Staffordshire to have the walls erected in time for the dedication service attended by the Queen in October 2007.

McConnells have continued their investment in technology and now have a fourth, five-axes Omag CNC workcentre, their latest also incorporating a lathe. They have not, however, abandoned the traditional skills of the mason and have also just opened a new banker mason workshop.

And their reputation for finding solutions where some find problems is keeping them busy – they still have a night shift working five nights a week, as they have done for the past five years.

Their latest projects have included building private mansions in Twickenham and Northern Ireland, the refurbishment of the palatial Connaught Hotel in London and building a new wing in Armagh and Bath limestone at the five-star Merchant Hotel in Belfast (pictured above).

They are still working on Holy Trinity Church in Cookstown, having started last July. They anticipate there could be another year’s worth of work there. Another landmark project they have won is the Guildhall in Londonderry, where they will be for the next 18 months. There are two other major projects they believe they are on the verge of winning but don’t want to say too much about at the moment.

They also have their own Mourne granite quarry, from which they supplied the 12m long, 52-tonne Millennium Monolith erected in 1999 in Delamont Park and more recently the hard landscaping of Newcastle Promenade in Co Down.

Alan McConnell, one of the Directors of this family firm, says: “A lot of people in the building trade would say it’s very tough and tight. We would have to say we haven’t seen that. We have been doing just fine.”