A remedy for that sinking feeling 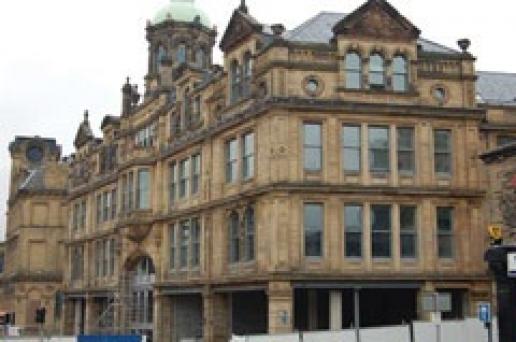 Retained facade : Eastbrook Hall
It seemed like a good idea to retain the important Edwardian facade of Eastbrook Hall in Bradford, but as the building behind it was demolished to make way for a modern development, the facade started to sink. Fortunately, stone specialists Stone Edge were already on site. They saved the day by completely dismantling the facade, stone by stone, and, after due repair and restoration, rebuilding it. Richard Denneny, Director of Stone Edge, told NSS about the project