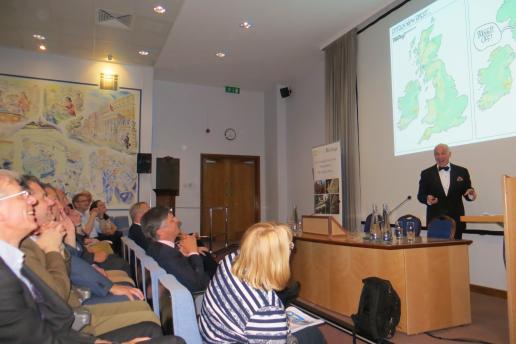 Loyd Grossman, TV personality and Chairman of the Heritage Alliance, at the launch of Stone Federation's new Stone Heritage Group at the Royal College of Surgeons in London.

Loyd Grossman, TV personality and Chairman of the Heritage Alliance, was at the Royal College of Surgeons in London on 24 May for Stone Federation’s launch of its new group, Stone Heritage. 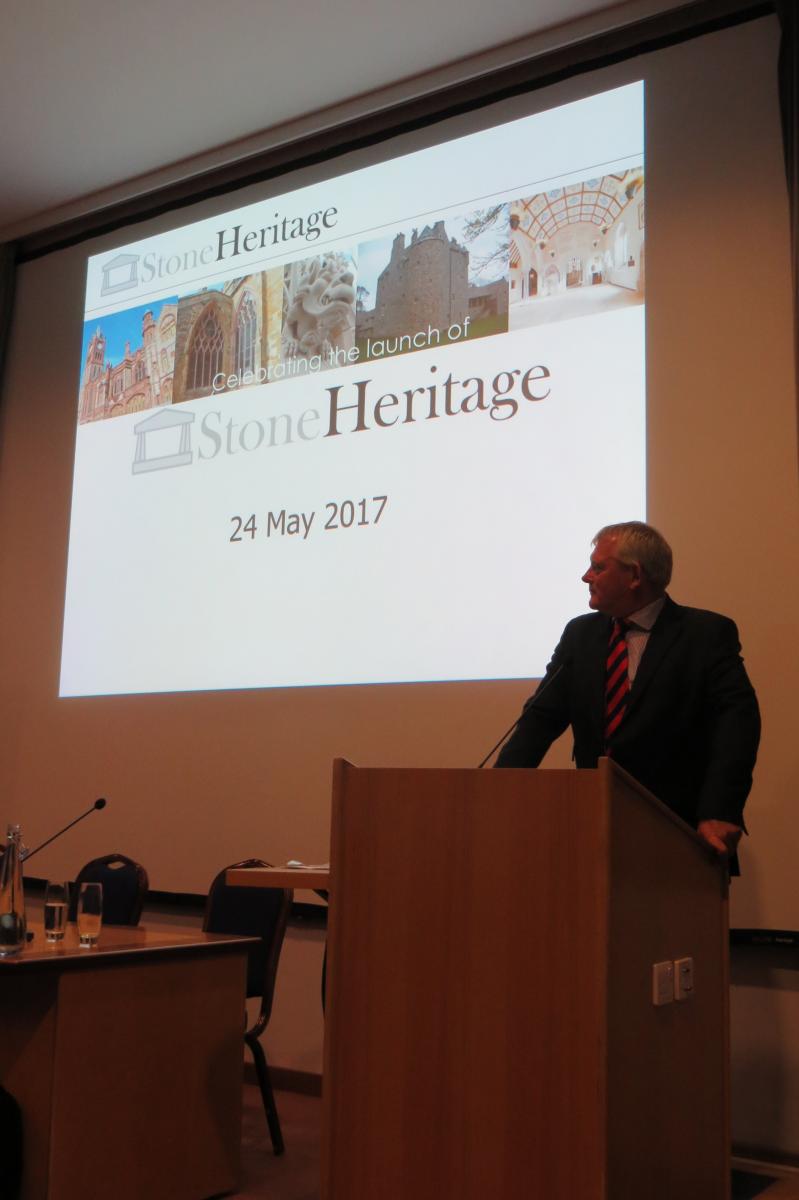 Bernard Burns from London-based specialist contractor Szerelmey chairs the new group. He said: “As Stone Heritage we launch a crusade.”

And it is not alone in that crusade to protect the built heritage of the nation because Stone Federation has joined the Heritage Alliance. Loyd Grossman, as Chairman of the Alliance, said it was wonderful to be able to welcome the Federation into its membership.

In conjunction with the launch of the new group is the publication  of the Stone Heritage Register, which lists Stone Federation members working in the heritage sector and the specialist skills each of them can bring to a project.

Loyd Grossman was amusing but poignant. He said: “Heritage is what we value and what we believe future generations will value.”

He spoke of the shrinking state, offering less protection to the built heritage and less money for looking after it. He said society was less deferential than it once had been, which had changed what people wanted to protect. It no longer bowed, as it once had, to the dictates of experts like Pevsner.

In a world where everywhere looks the same, heritage, said Loyd, is an antidote, where difference creates value. “It’s about who we are, what we are and, most importantly, what we can be.”

The launch began with a reception and the chance for those from architectural practices, clients and other trade bodies who attended to meet with Federation members who were exhibiting their companies’ skills in the reception room.

John Burton chairs the panel of judges in the biennial Stone Awards. He said the stonework being carried out now is our contribution to heritage. “It’s going to last,” he said.