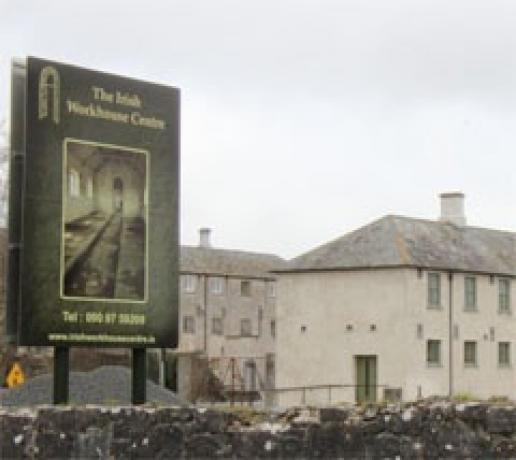 Ireland does not have an equivalent to English Heritage nor has it had any formal heritage skills training… until now.

Next month (October) and November sees the start of a pilot programme to teach construction workers the skills involved in the restoration of old stone buildings, taking place at the Irish Workhouse Centre in Portumna, Galway.

The courses are free and take place on Fridays and Saturdays. At the end of the course the successful participants will be presented with certificates recognising their completion of the course.

There are only 10 places available on the pilot course and it is already over-subscribed by more than four times. However, Ursula Marmion, the Manager at the Irish Workhouse Centre, encourages others to continue to apply in order to indicate the need for future courses. You can call the Workhouse Centre on +353 (0)90 975 9200 or use the email and website addresses below for more information.

The course is being run by the Traditional Building Skills Training Sceheme, which has been established for the purpose, and is promoted and supported by the Department of Arts, Heritage and the Gaeltacht in conjunction with Galway County Council and the Irish Workhouse Centre.

The Workhouse Centre has been created from the former Portumna workhouse that lay derelict and mostly covered in ivy for decades. In 1999, South East Galway Integrated Rural Development Company, a not-for–profit organisation, approached the then Western Health Board, owners of the buildings, with a view to examining ways to conserve and re-use the site for the benefit of the area. Arising from this, a conservation statement was commissioned.

A working group was formed and a two-pronged approach adopted. It was agreed that a masterplan, which would serve as a template for the redevelopment of the workhouse, was required and that actual conservation work should be carried out as soon as possible so as to prevent further deterioration.

The Minister for Health & Children of the time, Mary Harney, launched the project in Portumna in July 2006 in front of more than 300 people who had turned out for the event.

Without any training in conservation available in Ireland, the organisers turned to Historic Scotland and the Building Limes Forum for help, which was forthcoming. The local builders enjoyed learning new skills and found it easy to adapt their existing skills to the work required.

In 2011, the restored workhouse was opened to the public as the Irish Workhouse Centre. The centre is now open seven days a week, managed by South East Galway IRD with the help of many volunteers and supporters. It is hoped it can now also become a training centre for traditional building skills.