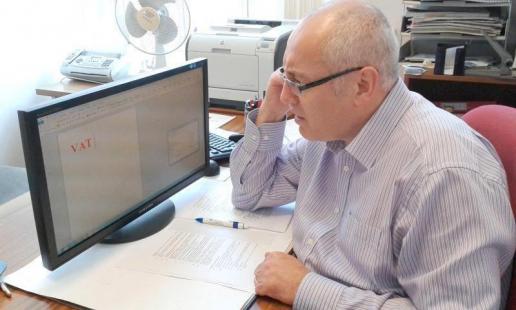 Reverse charge VAT, which will make contractors responsible for handling VAT and hit the cash flow of subbies, has been put off for a year until October 2020.

Once again, the inability of the construction industry to prepare for a change in taxation has seen the implementation delayed.

HM Revenue & Customs (HMRC) has put off the implementation of reverse charge VAT, due to come into force on 1 October this year, until 1 October next year.

The industry told HMRC it was not ready for the changes that would have hit the cash flow of smaller firms in particular. Buoyed by the success of its representations, many trade bodies are now lobbying HMRC to scrap the scheme all together.

The change to VAT was part of a move aimed at reducing VAT fraud in construction supply chains.

A statement from HMRC on 6 September announcing the year's delay says HMRC “remains committed to the introduction of the reverse charge and has already increased compliance resource”.

The changes would have meant that a lot of already beleaguered sub-contractors would have had their cash flow position worsened by having to pay tax for their materials without getting reimbursed by the main contractors they work for but rather having to wait to claim it back from HMRC.

Coming at the beginning of a month when the UK is supposed to be leaving the EU, the VAT changes seemed likely to exacerbate what already looked as if it could be a difficult period. Many construction industry trade organisations made their views on the proposal clear to HMRC and the government.

HMRC looked as if it was holding out and would implement the changes, but now it has capitulated.

The National Federation of Builders (NFB), one of a coalition of 15 construction organisations that called for a six-month delay, has welcomed the 12-month delay and says it hopes to work with the government on making sure industry will be ready for the change this time next year.

Richard Beresford, chief executive of the NFB, says: “Contractors and sub-contractors weren’t ready for reverse charge VAT and we are delighted that the government has listened to our industry campaign to seek a delay.

“The Government has given us double the time we recommended and this will help us work together to set up improved online guidance, hold workshops and make sure the entire industry understands what reverse VAT charge means for their businesses.”

NFB is planning a series of Regional Construction Forums around the country in October and November this year with leading construction tax expert Liz Bridge, who will offer practical advice on how to deal with reverse charge VAT.

To find out where your nearest forum will be, click here.