Smaller companies unaware of impact on them of new slavery reporting 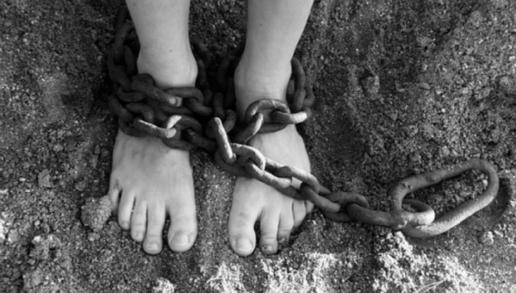 Do you really not care?

The UK's Modern Slavery Act came into force this month (April). It requires larger companies to include a report in their annual statements saying what they are doing to identify and eradicate slavery from their supply chains. Most small companies (SMEs) do not even know the Modern Slavery Act exists and are unaware of the impact it will have on them as suppliers to larger companies, says the Ethical Trading Initiative.

Companies buying stone slabs or tiles originating from the Far East probably do have modern slavery in their supply chains, or, at least, cannot be certain that they do not.

But the positive cascading effects on the supply chain management of SMEs as a result of the Modern Slavery Act are being called into question by new research compiled by the Chartered Institute of Procurement & Supply (CIPS).

From now on, under the terms of the Modern Slavery Act, UK businesses with an annual turnover of £36million or more, will be required to make an annual statement, setting out the steps they have taken to stamp out slave and child labour from their supply chains.

But this legislation is supposed to have a cascading effect on smaller companies as well, encouraging them to ensure that their supply chains are also slavery-free.

As larger businesses prepare their statements under the new rule, it seems that UK SMEs have ignored this knock-on impact on them and are unprepared to deal with forced and slave labour issues. The research, conducted among 263 UK businesses with turnovers under the £36million threshold, found that 61% were unaware of the reporting requirement, let alone its impact on them.

The UK Modern Slavery Act aims to prevent the use of forced and child labour at home and abroad by putting greater onus on larger businesses to be accountable for the practices of their suppliers – which includes smaller UK companiers and their supply chains.

Of the SMEs surveyed, only one in ten had even ensured all its UK workers are in receipt of the minimum wage (£7.20 for adults since the start of this month) and that robust immigration checks are in place. Only 5% of businesses have ever mapped their supply chains in an attempt to uncover modern slavery and just 4% have provided training to staff or suppliers on how to spot the signs of slavery among suppliers.

David Noble, Group CEO of the Chartered Institute of Procurement & Supply (CIPS), says: "Though the legal duty to tackle slavery in supply chains is on larger corporates with a revenue threshold of £36million and over, smaller businesses still have a duty to ensure their supply chains are slavery-free, particularly if they supply to businesses that have to comply with the Act.

"Ultimately, modern slavery is not an issue confined to the supply chains of large multinational corporations. On the contrary, SMEs can often have long and complicated supply chains themselves.

"To truly eliminate this evil from UK procurement, supply chains need to be mapped and simple measures put in place. Partnerships between larger corporations and smaller SMEs will be instrumental in driving out malpractice in the supply chain. The legal duty in the Act must not override the moral obligation of us all to make sure our supply chains are slavery-free."

Despite not having access to the same resources as larger companies, small businesses can take simple but effective steps to protect their businesses starting with: