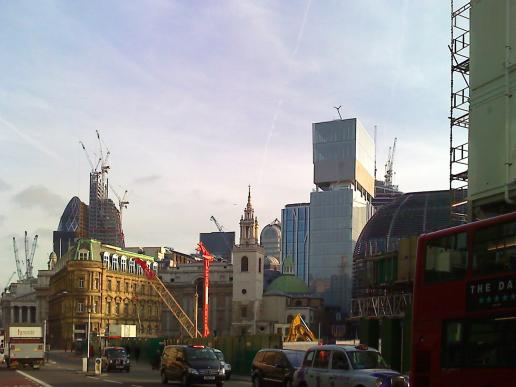 There is plenty of building going on but specialist contractors are fed up with not being paid for their contributions.

Stone Federation Great Britain is one of more than 20 trade bodies that have signed a letter to the Government calling for a change in the way retentions are handled.

The letter was sent in response to a consultation by the Department for Business, Energy & Industrial Strategy.

Conservative MP Peter Aldous has said he will read the letter to Parliament this month (January).

The letter complains about £10.5billion of retentions owed to specialist sub-contractors being withheld and kept in private and public sector bank accounts for years.

The letter says retentions are being used by large companies and clients to make their own business accounts appear healthy while financially squeezing SMEs (smaller and medium-sized companies) forced to wait for payments, sometimes for years. Sometimes the retained sums are never paid.

It is estimated that £7.8billion of retention money has been unpaid in the construction sector over the past three years with £700million lost due to insolvencies.

The letter proposes what it says is a simple reform to the retentions system: holding retentions in a statutory retention deposit scheme (rather than in a debtor's bank account) so retentions are not seen as financial instruments by larger companies and clients and cannot be lost to the creditor if the debtor goes out of business. This approach seems to work well in Australia.

The letter was sent to the Business Secretary, Greg Clark, directly as well as to other relevant Government officials.