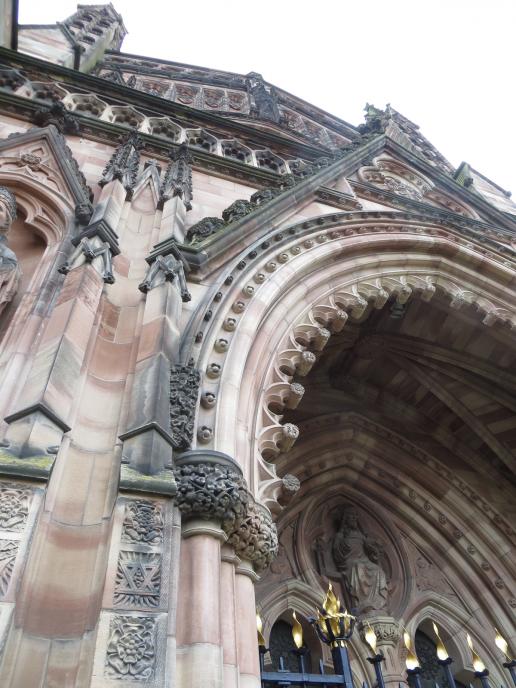 Hereford Cathedral is one of those recieving a grant from the World War I Centenary Fund.

There will be 39 grants allocated to help safeguard cathedrals, including keeping buildings wind-proof, weather-tight, safe and open to the public.

Decisions on funding allocations are taken by a panel that includes English Heritage, the Heritage Lottery Fund, the Church of England and the Catholic Church.

Announcing the allocation of the money, Karen Bradley said: "Cathedrals are powerful symbols of Britain’s shared history. They are important not only for their architecture and heritage, but also for the vital role they play in local communities.

"I am delighted that the First World War Centenary Cathedral Repairs Fund will ensure that these wonderful cathedrals remain in a good state of repair and are preserved for future generations."

The Church of England’s 42 cathedrals are estimated to contribute £220million to the economy every year as they welcome more than 11million visitors.

Dame Fiona Reynolds, Chair of the Cathedrals Fabric Commission for England, said of the funding: "Cathedrals which benefitted from the first phase of this fund [in 2014] have been repaired and refurbished, and staff and volunteers have time and resources to serve their cities and regions with renewed energy.

"It is fantastic that more cathedrals are now able to benefit from this scheme. England’s cathedrals are a wonderfully diverse group, encompassing not only vast, world-famous medieval buildings such as Durham, Lincoln and Canterbury, but also smaller churches like Wakefield and Leicester."

Thirty-two Church of England cathedrals will receive between £15,000 to £870,000. The largest grant of £870,000 goes to Coventry Cathedral for re-fixing the exterior slates of the Chapel of Unity, designed by Sir Basil Spence.

Sir Paul Ruddock, Chair of the Expert Panel of the First World War Centenary Cathedral Repairs Fund, which assesses the grant applications, said: "In 2014 the Chancellor announced the first £20million phase of the Fund, intended to get our wonderful heritage of Cathedral buildings waterproof and weather-tight, safe and open and in good shape for the commemorations of the First World War Centenary in which they are playing such a key part.

"I and all those who love these great buildings were delighted when he announced a further £20million for the Fund in the March 2016 budget. It will now run until 2018 and the works it will have supported between 2014 and 2018 will stand as a very fitting memorial to the First World War a century earlier."