Construction orders increase – and not just in London 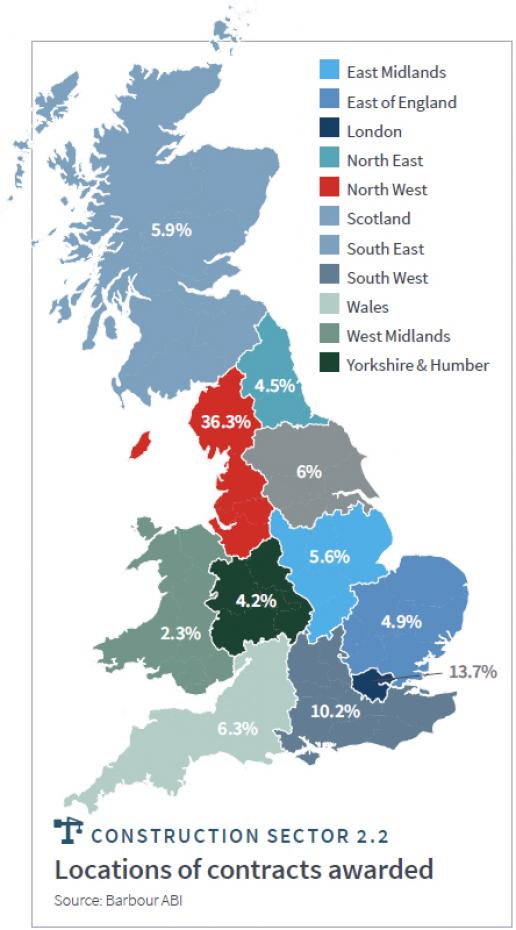 Construction orders were up again in June and less dominated by London.

The figures come from the latest edition of the Economic & Construction Market Review from industry analysts Barbour ABI. They show the infrastructure sector accounted for 37.2% of the total value of contracts, due largely to the SPRS Construction Programme at Sellafield, which, at £1.6billion, explains the significant boost to the North West’s share of the value of contracts awarded.

Nevertheless, London dominated in only two of the eight sectors this time - residential, with a 26.2% share of the value of contracts, due in part to the high (if falling in places) price of property in London; and commercial & retail, with 23.7%.

Contracts are showing a more even spread across the UK. The East Midlands dominated the industrial sector, thanks in large part to warehouses and storage. The South West took the top spot for hotel, leisure & sport. Scotland had the lion’s share of projects in the medical & health and education sectors.