Robert Merry is dreaming of a white (marble) Christmas 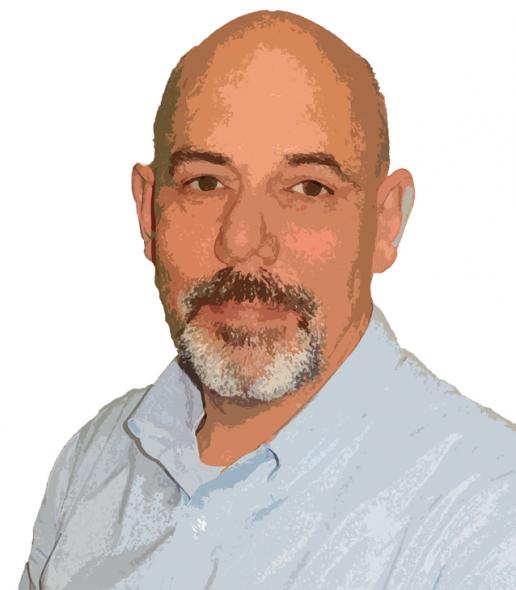 A contractor calls. They have installed acres of 20mm Bianco P marble in a very large mansion on the top of an expensive hill in London. But the owner is upset. His nice white floor with its classic black marble border has gone yellow.

He had been looking forward to showing it off to his Christmas guests. What’s going on?

Can I get myself up the hill as soon as possible and inspect?

Tomorrow? Yes. Please send me as many details as you can – drawings, orders, RAMS (the method statement should outline the installation procedure and, if it’s really good, name the products used).

What arrives in my in-box that afternoon is:

1. A sectional drawing of the beam floor with an underfloor heating system detail – piped hot water encased in 65mm of screed. Good.

2. A quotation from an Italian supplier / installer containing item by item costs and the names of a cement-based adhesive and a reaction resin adhesive. No indication of what was used or where. Not so good.

Then a fairly standard M40 stone specification arrives – 2mm joints, workmanship, Ditra mat and so on. Followed by an agreed contract addendum stating joints need be only 1mm.

I head up the hill the next morning.

Great floor. Lovely polish. But yellow in patches among the acres of white.

It takes me the best part of the day to survey – there’s 300m2 of the thing. I meet the owner, who seems friendly enough if a little irritated. Well, you would be.

There are parts of the floor that are clean and gleaming. There are no movement joints, even though it must be 20m from one end of the marble floor to the other. The joints are 1mm and resin filled. Resin filled joints go rock hard. Harder than the marble. The thermal movement caused by the heating and cooling of the floor means the stone  will move. With 1mm resin filled joints and no movement or expansion joints the stone has nowhere to move to. The stone slabs push against each other and the edges spall from the pressure.

What do I know about Bianco P?

It comes from the Carrara quarries in the Apennine mountains of Tuscany, Italy. Soft white in colour with some inclusions, but very plain, very sought after and very expensive. Known issues – pyrites. Not in the veins, as in Arabescato or Calacatta, but in the ground mass – ie everywhere and nowhere. Unpredictable.

Pyrites, water and air result in oxidisation… and yellow staining. But why only staining around the joints? Migration of water to the edges as it dries out? Perhaps. Solvable? Not so sure.

It’s at this point I call upon my trusted circle of stone people. The sort of experience that has a  combined age that add ups to a decent cricket score. More knowledge than you can shake the proverbial stick at. Not that a stick is much use here.

Answers emerge eventually. Not very clear at first – nothing ever is with stone. Words like ‘probably’, ‘maybe’ and ‘perhaps’ pepper the final report. I wasn’t there when it was installed and the builder has memory loss around the critical events. It’s nearly a year since the floor was laid and the Italian installer is no longer answering the phone.

Is there a solution?

Some will say “yes, for sure; I have a product that will deal with this”. The contractor had already tried a few of these before I was asked to visit and the floor had ended up worse than it was originally, with purple patches starting to appear. I suspect over-application of a rust remover. No-one was sure what the ‘cleaning’ company had applied to the stone. Smoke and mirrors. Cloak and dagger. You know how it is with stone – bit of a mystery.

The theory? The build process was rushed (as ever). There was insufficient time between laying and wet polishing. Ditra mat below, breathable membrane and ply protection above. Nowhere for the moisture to go. As soon as the covers come off oxygen starts the process and within a few weeks the floor starts to go yellow at the edges where all the moisture is found.

The chances of removing the yellow stains are good. Stopping them returning will depend on how deep the oxidization has penetrated. The client is dreaming of a white Christmas. And he will get it… only with some yellow staining and the odd purple patch.

So Merry Christmas to you all. And I hope you have more purple patches than yellow staining in 2020.

Robert Merry, MCIOB, is an independent Stone Consultant. He ran his own stone company for 17 years before becoming first an independent project manager and now a consultant. He is also an expert witness in disputes regarding stone and stone contracts. Tel: 0207 502 6353 / 07771 997621. [email protected]