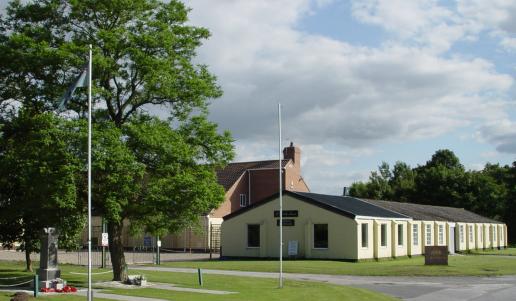 The headquarters of J Rotherham Masonry. More than 70 of the 200 people who lost their jobs when Administrators were appointed this month have contacted a law firm in the hope of receiving compensation because they say redundancy procedures were not adhered to.

Following the appointment of Administrators at stone company J Rotherham Masonry this month (read more...), 78 of the 200 or so people made redundant have contacted a law firm in the hope of claiming compensation because they say they did not receive due notice and consultation about their impending redundancy.

According to law firm Simpson Millar, which has begun investigations to enable legal action to be brought to secure a ‘Protective Award’, one person says he was told he was out of a job in a text while heading to work for a night shift.

J Rotherham has a heritage dating back to 1927 and was run by the fourth generation of the Rotherham family, Matt Rotherham. It is one of the longest established and largest stonemasonry companies in the UK. It has always held a position of respect in the industry as well as being a leader in the use of computer-controlled technology.

Another of the people who lost his job, the father of an 18-month old baby, said that J Rotherham had been a great company to work for and that, while he wished he had been given more notice, he had been “deeply saddened” by the news that has left him and his colleagues searching for a new job.

Stephen Pinder, a specialist employment law Partner at Simpson Millar, says: “This is, no doubt, an incredibly difficult period for those affected and many will be attempting to understand the news and plan their next steps.”

Last year Simpson Millar announced it had secured payments on behalf of 103 ex-Multiyork staff amounting to £300,000. It is currently also pursuing claims on behalf of Thomas Cook staff and Mothercare staff.