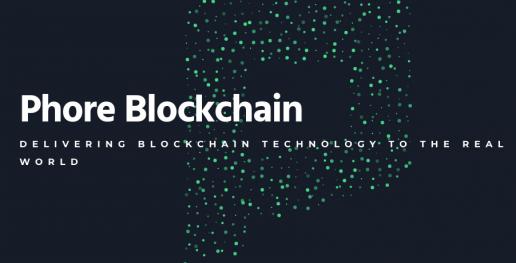 The StoneCash buying group has adopted the Phore cryptocurrency to make cross-border transactions easier and cheaper.

Online stone buying group start up StoneCash, based in Las Vegas, USA, and with offices in London, Italy and Australia, has adopted one of the growing number of cryptocurrencies with the intention of making transactions easier and less expensive.

Members of the buying group can buy stone from suppliers around the world. The idea of a buying group is to increase the purchasing power of individual members of the group and to make it easier to identify and contact suppliers.

The currency chosen by StoneCash is PHR from Phore, a Blockchain platform. Its introduction to the StoneCash online marketplace is for use in both local and cross-boarder transactions.

StoneCash is a business to business (B2B) platform where suppliers list inventories for members of the buying group to purchase.

Since the advent of Bitcoin nine years ago, the blockchain system behind cryptocurrencies has been focused mainly on the speculative market, with few connections to real-world transactions. The partnership between StoneCash and the Phore Blockchain that began on 11 July could change that.

The StoneCash website was launched about 18 months ago and already claims to be the largest natural stone online marketplace in the world. In addition to offering a wide selection of stone materials, it enables logistics co-ordination to mix partial orders from different vendors. This allows members to choose the exact materials they need from a large online inventory from both local distributors and factories all over the world.

When smart contract capability is rolled out (it is planned for later this year), both parties will be able to fulfil their agreements cryptographically on the Phore blockchain, further reducing time and costs associated with a sale. Smart contracts cannot be altered once deployed.

Luca Acerbi, StoneCash Group’s Business Development Director, says: “Most transactions made on the StoneCash marketplace are cross-boarder, making this partnership with Phore critical to enhancing the ecommerce experience for our customers.

"With the Phore Blockchain solution, the period of time required to transfer capital globally decreases from several days to seconds. StoneCash members will now be able to conduct business with decentralised money, and thus skip intermediaries such as banks that make the payment process comparatively slow and costly.”

Phore Co-CEO Anthony Alleyne says: “This partnership with StoneCash underlines Phore Blockchain’s commitment to providing solutions to real-world problems. We look forward to an effective and powerful collaboration with StoneCash, as well as bringing practical use of PHR to a successful online business.”

At the start of this year, MKW Surfaces in London became the first stone specialist in the UK to accept a cryptocurrency in payment for its worksurfaces (read more...). The currency it chose was the original, Bitcoin. One of the problems with it is the wild fluctuation in its exchange rate. So far, the trend has generally been upwards, making a Bitcoin a profitable purchase for many. That will not always necessarily be the case.