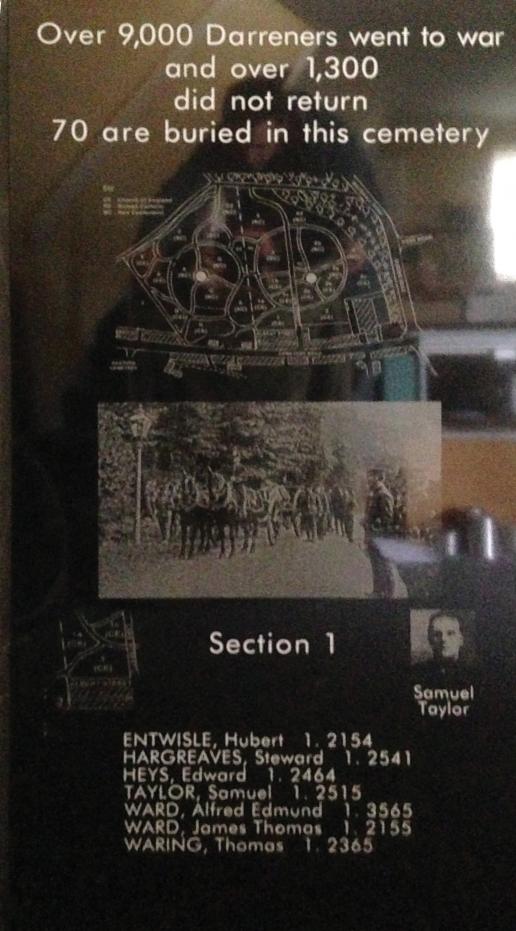 One of the granite plaques Brent Stevenson has made for the World War I memorial that he promises will be built before the centenary commemorations of the war are over.

Memorial mason Brent Stevenson, in Blackburn and Blackpool, has promised a local cemetery that a World War I memorial it had hoped to create will be built before Armistice Day 2018 even if Heritage Lottery money is not forthcoming.

The proposal for the memorial came from the Friends of Darwen Cemetery. Their intention is to build a replica of a WWI Western Front trench. At strategic points around the trench will be ten granite plaques containing information about the people who died in the war (many from disease rather than enemy action) and who are buried in the cemetery at Darwen.

But twice now the Friends have applied to the Heritage Lottery Fund (HLF) for a grant to fund the scheme and each time their application has been rejected. HLF rules allow three applications. The Friends are just submitting their third for the £150,000 they need.

But Brent Stevenson Memorials has already produced the 1m x 0.5m granite information panels for the project. When it was proposed he agree to donate them. One of them is pictured on the right.

And now he has promised that the scheme will be completed in time for Armistice Day 2018, which marks the centenary of the end of the ‘Great War’, even if Lottery money cannot be obtained and he has to dig the trenches himself.

It will take a year to build the memorial, so time is running out. But Brent, who has supported many local projects by donating worked stone, is committed to making sure the 70 ‘Darreners’ who died in the war and are buried at Darwen will have their memorial.