Cenotaph gets once-in-a-generation clean from DBR 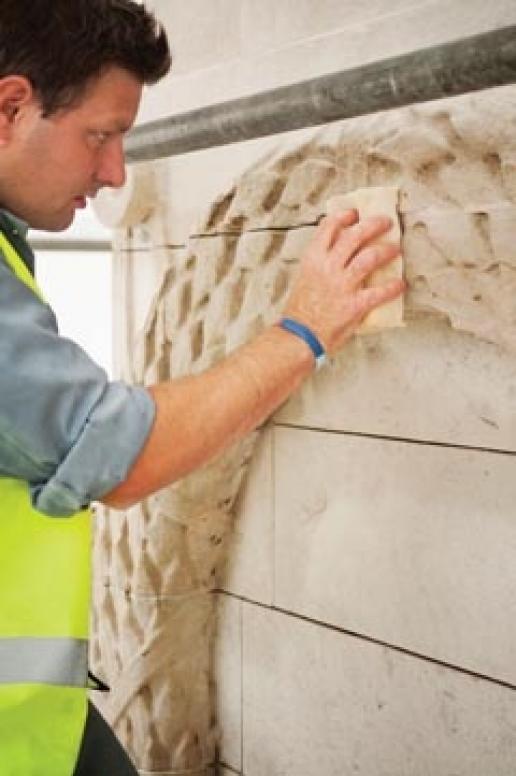 Following three months of cleaning and repointing by London stone, conservation and cleaning specialist DBR, the Cenotaph on Whitehall has emerged from behind its scaffolding ready for this year’s Remembrance Sunday in November and the commemorations planned for the centenary of the First World War that begin in August next year.

The Cenotaph’s Portland stone is regularly maintained and cleaned, but this year a more thorough maintenance regime was needed to remove the most stubborn of the stains.

David Odgers of Odgers Conservation was appointed by English Heritage to oversee the work. The Lutyens-designed monument lacks a moulding high up to throw water off the face, which has led to staining. It was decided to clean this thoroughly high up on the monument, although where similar staining occurred lower down it has been more lightly cleaned, leaving signs of the ageing of the monument.

After trials, Tensid’s Monumentique was selected for the more aggressive cleaning while Restorative Techniques’ ThermaTech superheated water system was used for a gentler clean elsewhere on the monument.

The Cenotaph is the most sensitive of the 47 statues and monuments in London looked after by English Heritage and there was a lot of debate about the level of clean required. In the end it was decided to give it rather more than a conservation clean because many people associate cleanliness with respect.

David Odgers used the example of the Cenotaph to highlight the ethical dilemmas of cleaning when he spoke at an ICOMOS meeting in Rome while DBR was still at work. He said he was trying to strike a balance but knew it would be impossible to please everyone.

The Portland stone Cenotaph replaced an earlier wood and plaster monument erected as a temporary structure for the peace celebrations at the end of the First World War. The current stone monument was unveiled by King George V on 11 November 1920. Within five days more than a million people had filed past, laying 100,000 wreaths. It has held an important place in the psyche of the nation ever since.