Commemorated with a sandstone crash helmet 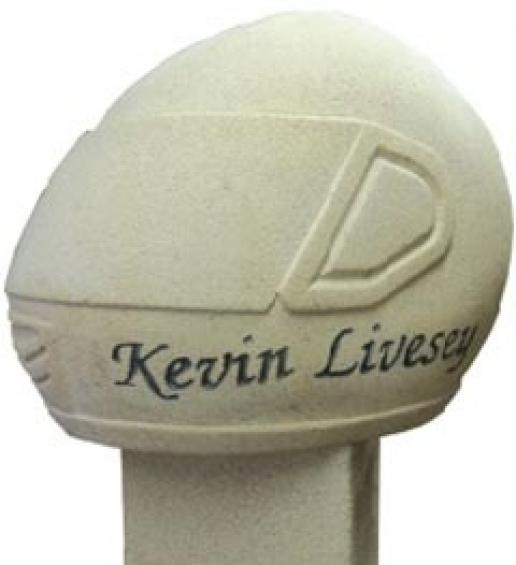 It was a sad day last year when Kevin Livesey died after a wall collapsed on him. So his friend, Jonathan Hunter, the Managing Director of Traditional Stone & Slate Supplies Ltd in Horbury Bridge, West Yorkshire, decided to create a memorial to the man he had known for more than 40 years since they were at school together as seven-year-olds.

Kevin was a keen biker, both socially and as a competitive racer in his younger days, and Jonathan Hunter thought there was no more fitting tribute to the motorcycle enthusiast than to create a life-size replica of his crash helmet.

The Helmet was presented to Kevin Livesey’s widow, Julie, as a memorial to her husband on what would have been his birthday this month.

What prompted Jonathan to have the unusual memorial carved were trophies that his masons had carved for the company’s first golf day last year. Jonathan was so pleased with them that he asked one of the masons, Mark Moorhouse, to sculpt the helmet as a tribute to his friend and as permanent memorial for his widow.