Could there finally be a register of cemeteries? 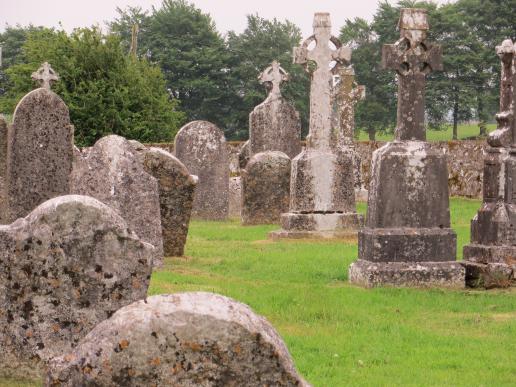 Secrets of cemeteries are to be unveiled thanks to a £600,000 grant to the charity Caring for God's Acre.

The UK could at last get a central register of cemeteries, thanks to a National Lottery award to a charity.

There was a lot of fuss about the safety of cemeteries at the turn of the millennium after two youngsters died when insecure memorial stones fell on them in separate incidents. MPs got upset and were concerned that there was no central register of cemeteries so nobody knew exactly how many cemeteries there are, where they are or what condition they are in.

All over the country local authorities started pushing over unstable headstones or strapping them to wooden steaks in the ground to secure them, until eventually they were told to stop doing it by The Ministry of Justice, which oversees cemeteries.

In 2001 the Ministry of Justice was told by MPs to compile a register of burial grounds as a matter of urgency. By 2005 it still had not been compiled. The project was started, but then MPs moved on to other matters and the civil servants who were supposed to be carrying out the work were diverted to other projects. The Ministry of Justice confirms that a list of cemeteries was never compiled.

Now it might be, thanks to a grant of nearly £600,000 from the Heritage Lottery Fund to a charity called Caring for God's Acre that plans to carry out a four-year investigation called the Beautiful Burial Grounds Project.

Its concern is to record to a central register all the interesting man-made memorials and natural fauna and flora that exists in cemeteries.

The grant will go towards identifying and recording memorials, rare plants and animals. Many of the animals and plants are in danger of extinction across most of Britain. Cemeteries are a haven for flora and fauna threatened by development and modern agriculture.

Nobody knows for sure, but it is estimated there are perhaps 20,000 cemeteries across England and Wales. Gravestones have been recorded as home to 700 of the 2,000 species of lichens in the UK, many of them now found only on gravestones. Cemeteries are also home to slowworms, grass snakes, voles, toads, bees, butterflies, birds and no doubt all manner of other creatures and plants.

“So much work has been done, by many different organisations, charities, churches and volunteers, from counting grass and flower species to archaeological work, recording tombstone inscriptions and photographing ancient churches – but there is no one place you can go to find all this information,” says Harriet Carty, director of the Shropshire-based Caring for God’s Acre.

“In many parishes, burial grounds are the only patch of 'unimproved' species-rich grassland, full of wild flowers that have almost vanished from our gardens and hedges.

"Many people just don’t realise what a resource these burial grounds are. Bird watchers think of heading for the nearest wildlife reserve. They don’t think of picking up their binoculars and sitting on a tombstone in the nearest graveyard.”

Caring for God's Acre has just four part-time volunteer workers, although it plans to recruit more people for the Beautiful Burial Grounds Project. It also intends to partner dozens of organisations, including churches, Historic England and Natural England. It wants to link information that has already been compiled and recruit volunteers to collect more.

“These are precious places,” says Harriet. “They deserve to be celebrated and cherished.”

You can find out more about the project on the charity's website (address below).