Grave concerns : checking up on the installers 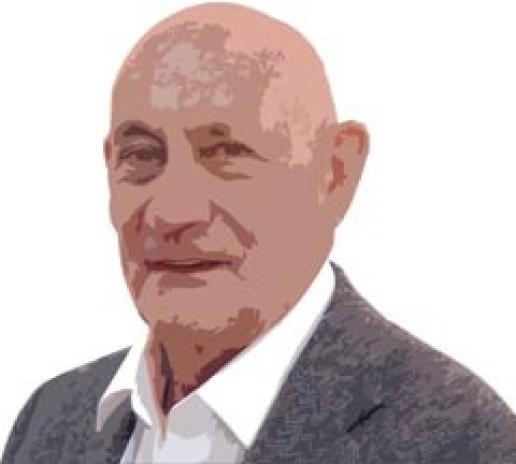 David Francis is a hands-on mason who has specialised for many years on the memorial side of the stone industry. He was Technical Advisor to the National Association of Memorial Masons, writing manuals and City & Guilds qualifications. If you have an issue regarding any aspect of memorial masonry that you would like help with, David is here for you. Send your queries and comments to David on [email protected]

I have been asked by a masonry contractor about working in burial grounds and the necessity of a Memorial Fixer Licence.

A contract will say that at least one of the fixers must have an accreditation. Both BRAMM (British Register of Accredited Memorial Masons) and NAMM (National Association of Memorial Masons) can issue the licence, but a certain criterion must be proved.

Not all Local Authorities insist on a Fixer Licence being held by the fixer, but only ask for assurances.

NAMM conceived the test and register to satisfy the Institute of Cemetery & Crematorium Management (ICCM), which feared legal action if accidents happened in cemeteries with unstable memorials.

BRAMM was formed by NAMM to run the test and register as a separate entity from NAMM,â€ˆso that any memorial mason could be registered, whether a member of NAMMâ€ˆor not.

A BRAMM board was set up for the administration of the register and to run the training necessary to be included on it.

Then a number of MPs received complaints about the BRAMM test and the way the exam was carried out. These complaints were passed to the Ministry of Justice, which is responsible for cemeteries and crematoria, and NAMM was asked to sort out the problem. NAMM responded by approaching City & Guilds and developing its own training and a separate register.

The BRAMM test is a strict exam, using set procedures with everyone using the same sizes of material and foundation.

The problem is that the test, in some cases, bears little or no relationship to the work the fixer does when he or she is back in their own area.

The test consists of fixing a lawn memorial using a specified foundation which often has to be specially purchased because the masons firm uses a different type. The test also requires a specific size of headstone to be fixed to a base and a foundation using a ground anchor.

The NAMM City and Guilds test is administered and verified by C&G, which issues the licence. The exam can be taken on any lawn memorial or monolith. It can be a special memorial for the test or one sold to a customer being fixed in a burial ground on a grave. This test is ideal for those who only fix monolith headstones (such as the Commonwealth War Graves Commission fixers) but have to have a licence. Knowledge of the first eight sections of the NAMM Code of Working Practice is required, but the document can be referred to during the exam.

It was the intention of NAMM to develop further C&G qualifications, which would cover fixing large memorials and the reinstatement of existing monuments. Some of the craft skills needed for a memorial mason were also to be included to encourage memorial masons to improve their skills.

The BRAMM test has not changed from the original concept. However, the NAMM test does allow a little more leeway in the type of memorial used. These qualifications do not necessarily make a good fixer, especially for the reinstatement or repair of old existing memorials.

The reality of all this is that a one off test gives credibility to anyone who can mix cement and, with help, raise a lawn headstone.

There should be checking after the test to see that standards are being upheld. CPD (continuous personal development) is not a substitute for a visit from a qualified assessor.

David Francis is a hands on mason who ran a craft-based business in South London for many years. David moved out of London in the 1990s and since then has been concentrating on memorial masonry, being Technical Advisor and Trainer for the National Association of Memorial Masons (NAMM) for several years, writing training manuals and City & Guilds Qualifications. He has now left NAMM but would like to continue to advise and assist masons to help improve skills in the sector.