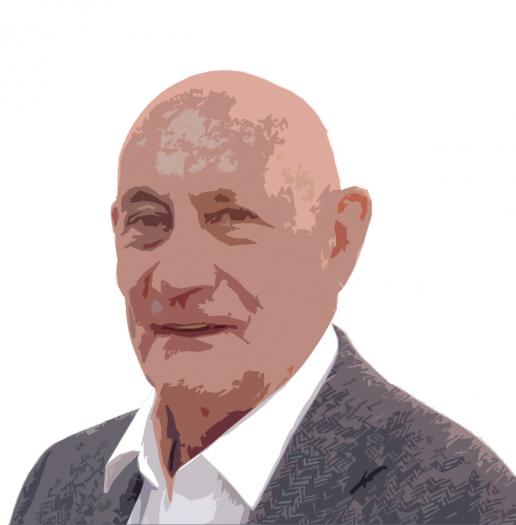 David Francis writes a column from the memorial masonry side of the stone industry in each issue of Natural Stone Specialist magazine.

I was appalled to see on my local television news channel a report about memorials being broken during testing in a churchyard in Kent. The film showed devastation. Five headstones were smashed, cracked or damaged by Thanet District Council workers at All Saints’ Church in Birchington.

One headstone had been pushed with such force that it had broken in half when it hit the ground. Crosses were snapped off. No effort had been made to tidy up the fallen memorials, so the area looked a mess.

The council said the work could be upsetting but that it was done within national guidelines and with the approval of the church minister, the Rev Don Witts.

It is seven years since the Ministry of Justice issued advice to cemetery authorities on safety testing. Cemetery managers were made aware of the way the testing should be carried out. They were told to stop pushing memorials over. The main concern then was that no memorials should be damaged in the process of checking their stability. If a memorial is damaged it must be repaired immediately.

It is important to ask the question why a safety testing program is put in place. The reasons are diverse, but the main one should be safety.

But that raises the question of who or what it is being safe. Who is in imminent danger of harm?

Sometimes when memorials are tested they have stood in place for many decades not doing harm to anyone.

If an accident has occurred then the incident must be examined to see if lessons can be learned. And the areas where people visit or where other activities take place should take priority when a cemetery is to be made safe.

If testing is contemplated, the work should be planned and must result in a safer environment with the minimum disruption.

Memorials are not just treasured possessions, they represent a deceased person and the utmost respect must be given to the people who visit the burial ground. Memorials should never be left lying flat on the ground as they are often a greater hazard that way than if they had been left standing. If they are unsafe they can be marked as such and be supported.

Training for carrying out stability testing by cemetery staff is still available, if difficult to find as experienced trainers are hard to locate.

Although classroom lectures are important, it is the practical understanding of memorials and stonework that makes the difference between sympathetic and destructive testing. It is not necessary to pass an exam but to have a good understanding of the task and is what is needed.

Adequate training is the key, with the ability not just to test and go away, but to repair and refix the failed memorials.

In most cases memorials that have become lose will have stood safely for a long time. People attending cemeteries for funerals or tending graves are careful, as the low accident rate shows. It is younger people getting hurt when climbing on monuments that we must guard against. Large structures most need to be safe, especially as many of them are old. Smaller ones near to where people walk also need checking.

A skilled memorial mason who is aware of the dangers is the best person to train cemetery staff how to test memorials. Training organisations should be seeking out these skilled masons or their knowledge will be lost when they leave trade.

Memorials and monuments do suffer the ravages of time, so safety checks will go on until an area can be declared safe.

And while a lot of time and effort is spent checking memorials, other hazards are often ignored. We should also look at pathways for trip hazards, the security of rubbish bins and just how well seats have been secured so they will not tip backwards.