Grave concerns: In the old days 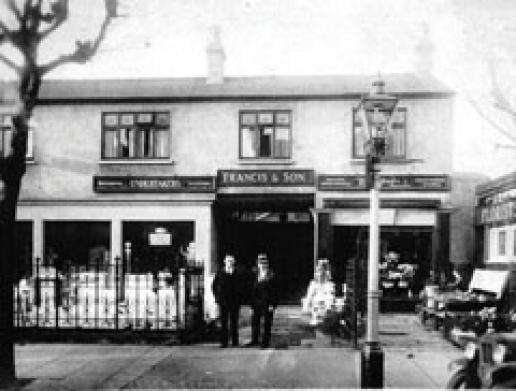 I am sometimes asked what stonemasonry used to be like.

When I read Natural Stone Specialist and visit masons workshops it amazes me what can be achieved with the machinery available now. In my lifetime, masonry has moved from being a predominantly hand crafted skill to practically finished product coming off a machine.

My earliest memory of the yard and workshop was playing in the sand pit – sand for mortar did not come in bags then. When I was four-years-old my grandfather carved a marble bust of me, which I still treasure.

After World War II, I used to accompany my father to scour bomb sites for usable stone because material was hard to get, especially Italian marble. We looked for marble fireplace surrounds that could be made into grave kerbs and vases.

Granite was split and worked by hand. The local postman, who was also a granite mason, used to come in over the weekend to sink the holes and split the material using feathers and wedges.

There was a boom in work because a lot of bombed buildings and churches needed to be repaired or rebuilt. Headstones for the Commonwealth War Graves Commission were lined up in our workshop for the lettercutters to inscribe with names and military badges. My grandfather had worked for the War Graves Commission since after WWI.

During the second World War my father kept a number of cars taxed and insured, although they never left the garage. He had them to get petrol coupons that he used to run the commercial vehicles.

After the war everything was in short supply except for army surplus equipment. My father's best purchase was an unused ex-army lorry. Later we bought ex-post office and police vans at auction. The office communicated with the workshop 400yards away using army field telephones – there were no mobiles or computers then.

Our only power tool was a Flextol flexible drive shaft polisher, plus an ancient belt driven saw using carborundum-rimmed blades for cutting. Chisels were sharpened and tempered by the masons themselves using a portable coke furnace. There was no tungsten then, although into the 1960s we were able to buy small pieces of it to silver solder into chisel shafts.

Warmth was provided by Aladdin funnel heaters. In freezing weather, we stood buckets or watering cans of water on top of the heaters. We used the water to defrost the saw and dip our hands into to warm them and get some feeling back into them.

Once finances improved and orders stated coming in, we bought our granite memorials from A&J Robertson Granite in Aberdeen – a company that still wholesales memorials. They arrived by rail and were delivered to the yard by the railway company. The empty creates were taken to the goods yard at Kings Cross to be returned to Robertsons.

Much has changed since then, mostly for the better. One thing I missed in later years is the friendly bank manager. He knew all the local businesses personally and understood the problems they faced. You could even negotiate interest rates with him. Where is he today?