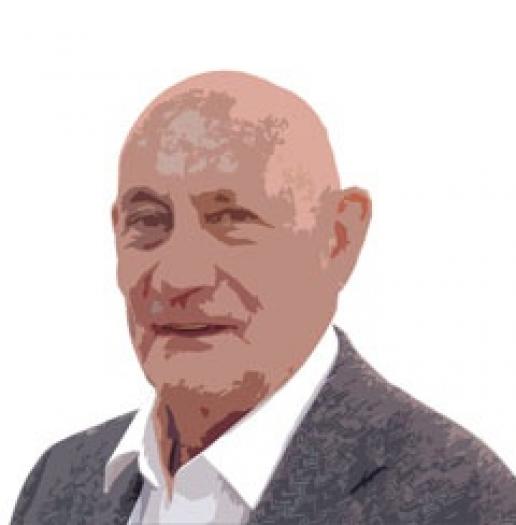 Recently I was asked the question 'how thin can slate be to make it acceptable in cemeteries'.

Although the material is relatively soft, it is a laminate which gives it the strength to be used in quite a thin section.

Slate is made up of relatively soft (as stone goes) compressed minerals and because of this it easily scratches, although in time the weather helps to harden the surface. The best slate has a particularly low porosity, which is why it makes good roofing. And its strength can be seen when roofers walk on the thin slates without damaging them when they make repairs.

The NAMM Code of Working Practice has two sections giving masons instruction on thicknesses of memorials. The first is at the beginning of the Code and states that memorials over 625mm high should be not be less than 50mm thick.

This thickness is meant to be for monoliths or headstones set in a shoe, so it is possible to have monoliths of a good height in the thinner material. If the slate is used as a lawn memorial the thickness requirement is 75mm. This is because NAMM insists on dowels and dowel holes so large that it would compromise the structure strength of the material if it were any thinner.

Slate is also mentioned again near the end of the Code, stating that memorials of 30mm or less of some age can be seen still in good condition in older cemeteries.

When a failure does occur it is usually for the same reason that slate makes a good roofing material – because it will split into thin pieces along cleavage planes. If water enters along a cleavage plane and freezes, it will force the slate apart.

If slate does laminate nothing can be done. Once the slate is open the weather gets in and it will split and the material becomes vulnerable to further decay.

The best blue/black slate comes from Ffestiniog, North Wales, grey and green slate is from Cumbria. Slate is found in other places round the world, but none is as good as the slate from Wales and the North of England, in my opinion.

Slate is much favoured by memorial artists because it is easy to cut. Most art schools use slate as the material to learn hand lettering and decoration on. The main problem is, unless the lettering is painted, in damp or wet weather the inscription and designs are difficult to distinguish from the background.

The use of slate inside buildings is quite extensive, although the slate is not always Welsh. Slate hearths are imported from Italy and, if properly laid, withstand considerable heat.

When I was in business we did a good trade in slate bases for sculptures. Provided the pieces were not too big they looked much better than the lumps of wood that were often otherwise used. We oiled the slate then buffed it and it looked like a honed black marble but was very much cheaper.