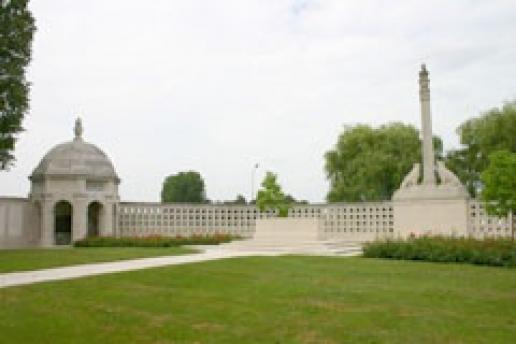 The Commonwealth War Graves Commission urged the public to remember the contribution and sacrifice made by Indian servicemen and women during World War I on 13 March at a ceremoney commemorating the Battle of Neuve Chapelle.

Indian Army units began arriving in France in September 1914 and fought in some of the bloodiest battles of the first year of the War. In March 1915, the first major British offensive of the First World War took place at Neuve Chapelle in France. The Indian Corps made up half of the Commonwealth fighting force. The battle lasted four days.

Soldiers writing home recorded “shells pouring down like rain in the monsoon” and the bodies of the dead “covering the country like sheaves of harvested corn”.

Over the course of the war, more than 140,000 Indian soldiers fought for Britain on the Western Front. They came from all over India and from neighbouring Nepal, representing a diversity of religious, linguistic, and ethnic cultures.

More than 8,600 were killed and 50,000 more were wounded. There are now 4,000 of these men's names commemorated on the Commonwealth War Graves Commission (CWGC) Neuve Chapelle Memorial in northern France.

Colin Kerr, the CWGC Director of External Engagement, says: "Very few people are aware of the unique contribution made by Indian servicemen during the First World War. The CWGC commemorates 74,000 Indian servicemen and women who sacrificed their lives during the conflict.

"As we mark the centenary of the Battle of Neuve Chapelle, we are urging you to take a minute to remember them. Visit the CWGC website to discover more about the battle and some of those who fought in it."

To commemorate the centenary of the Battle of Neuve Chapelle, a ceremony is being held on Friday (13 March) at the Neuve Chapelle Memorial at 3pm. It will be supported by an exhibition in Richebourg highlighting the unique contribution to the allied war effort made by Indian forces.

Many Indian soldiers who were wounded in the Battle of Neuve Chapelle were brought to the UK to be treated at the Royal Pavillion Hospital in Brighton.

Muslim servicemen who died of their wounds were buried in CWGC Brookwood Military Cemetery in Surrey, while Hindu and Sikh soldiers were cremated in accordance with their faith and are remembered on the Patcham Down Indian Forces Cremation Memorial just outside Brighton.

Just one of many heroic stories from the battle is that of Manta Singh, born in 1870 near Jalandhar, Punjab, in Northern India. As soon as he left school, he joined the Indian Army and in 1914 was one of many Indian soldiers posted to France.

In March 1915, during the Battle of Neuve Chapelle, Manta Singh rescued a seriously wounded officer – Captain Henderson – by pushing him to safety in a wheelbarrow he found in no-man's land. Manta Singhwas severely injured while carrying out this selfless rescue and was taken to hospital near Brighton, where he died of his wounds. He is remembered with honour by the CWGC on a memorial in southern England.

The CWGC maintains the graves of the 1.7million Commonwealth servicemen and women who died during the two World Wars. It also holds and updates an extensive and accessible archives. It operates in more than 23,000 locations in 153 countries in every continent except Antarctica.

It is involved in a series of high-profile worldwide events that are taking place to mark the centenary of World War I, many of which will take place at CWGC sites. The Commission will ensure that these sites are maintained to the highest standard and is installing information panels at more than 500 of them to enhance the visitor experience. Smartphone users will be able to access additional information, including the personal stories of some of those buried at the cemeteries.

The Neuve Chapelle Memorial commemorates the 4,700+ soldiers and labourers of the Indian Army who lost their lives on the Western Front during the First World War and have no known graves. Constructed on ground where Indians fought during the Battle of Neuve Chapelle in 1915, it also marks the exploits of the Indian Army throughout the Western Front.

The memorial takes the form of a sanctuary enclosed within a circular wall after the manner of the enclosing railings of early Indian shrines. A column at the front of the enclosure stands 4.5m high and was inspired by the famous inscribed columns erected by the Emperor Ashoka throughout India in the 3rd century BC.

The column is surmounted with a Lotus Capital, the Imperial British Crown and the Star of India. Two tigers are carved on either side of the column guarding the temple of the dead. On the lower part of the column the words ‘God is One, His is the Victory’ are inscribed in English, with similar texts in Urdu, Hindi, and Gurmukhi.

The memorial was designed by Sir Herbert Baker and Sir Charles Wheeler, and was unveiled by the Earl of Birkenhead on 7 October 1927. Lord Birkenhead, then Secretary of State for India, had served as a staff officer with the Indian Corps during the war.

The unveiling ceremony was also attended by the Maharaja of Karputhala, Marshal Ferdinand Foch, the poet and writer Rudyard Kipling and a large contingent of Indian veterans.