Letter: The question of memorial testing is not resolved 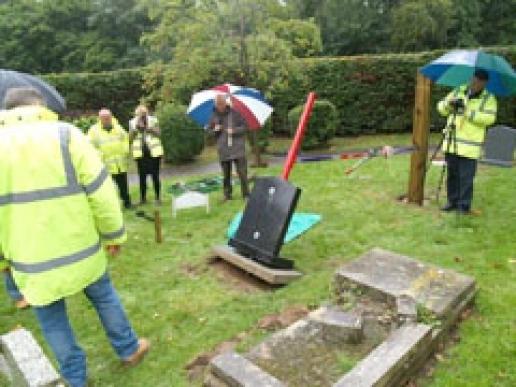 I write in reference to the ‘Grave concerns’ article in the September issue of NSS by David Francis. He reports on a meeting of the British Standards Institution (BSI) committee that considers standards about natural stone. When discussing BS8415, the standard for memorials, he states that the committee discussed the testing of memorial fixings using a dug pit filled with sand.

He said one member of the committee said this was unacceptable because it is clearly not undisturbed land (which the standard says memorials should be fixed in) and cannot be guaranteed to be consistent in density in different pits. He said filling a pit with sand could not produce the same compactness every time.

I would disagree with these comments. Whether the test pit conditions are unlikely to exist in cemeteries in practice is not the point. Many test scenarios are outside the ‘norm’. BSI has set out conditions that will give assurance that any system that can comply with this specification is as safe as it is practical to achieve.

Consistency of the test can be achieved if the various elements of the test – ie the pit size, washed sand specifications, moisture content, depth of layers, size and weight of rammer or compaction plate, number of passes are all clearly defined.

All this informations is easily determined by a test centre and would maintain the high standard set by British Standards. I believe as the pit conditions are achievable, the battle is far from over.

I also would disagree that one of the masons pointed out if the cemetery has loose sandy soils a deeper anchor should be used. As the mason that sits as a committee member should have been aware, when a longer anchor was used in a test it still failed the required standard.

David Francis also states in the article that the committee asked two members to draw up an agenda of topics to be included in guidelines to fixers. What the committee, in particular the chairman, requested was that the two organisations NAMM and BRAMM should draw up the agenda.