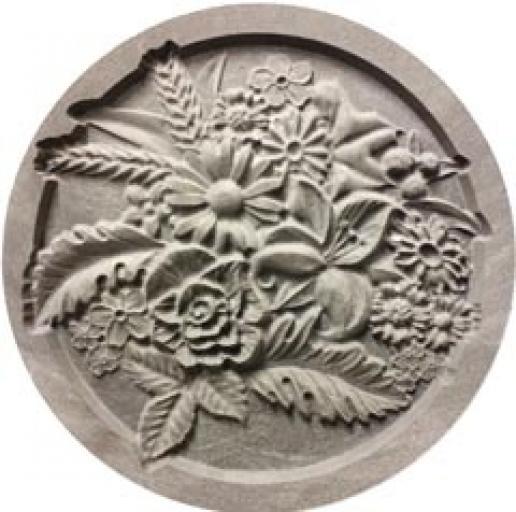 Investment in three Helios CNC workcentres by George Willcox (Granite) Ltd has opened up a whole new world of design opportunities on offer from the company.

The machines have given Willcox the opportunity to expand its bespoke service and add personalised decoration and lettering from customers.

Willcox will also have new designs that the CNCs have made possible in the new catalogue the company intends to launch at the NAMM Tradex exhibition for the memorial sector at Warwickshire Exhibition Centre near Leamington Spa on 19 & 20 June next year.

The move into developing the CNC work to the point where it can make a significant contribution to the business started three years ago when the company bought a Chinese machine. The software was good, says Director Simon Bellamy, but the engineering left something to be desired with belts, drives and bearings all having to be replaced. Hence the next investment being in the Italian Helios machines.

There was a steep learning curve involved in understanding the machines and their tooling. There was also more investment required with software development and training two operators (at £700 a day, says Simon).

For the software development, Willcox turned to Delcam the computer-aided manufacturing (CAM) specialist in Birmingham that exhibited at last year’s Natural Stone Show in London.

But it is not just about the machines, says Simon. “The machines are clever, don’t get me wrong, and we have worked with the manufacturers to make them a bit more intelligent. But at the end of the day it is still the human input which is the most important thing. It’s more about the design team. They have to interpret what customers say.”

One of the latest jobs on the CNCs have been 2m plaques for a Sainsbury’s store built on a former coal mine. They contain information about the coal mine and its operation, including maps and pictures. At the Willcox design team’s suggestion, they have even been made to look as if they have produced on coal. But it took 15 days on the CNCs to produce them. Simon says: “We might do 40 sandblast jobs a day while a CNCâ€ˆwill take all day to do one.” And that, of course, is reflected in the price.