NAMM makes donation after 176 families are deprived of Â£220,000-worth of headstones by Simply Memorials 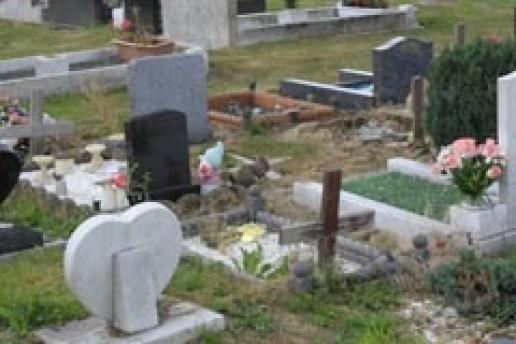 The National Association of Memorial Masons (NAMM) has donated £2,000 to a fund to help people who bought headstones from Simply Memorials on the internet. The company, which was not a NAMM member, became insolvent just before Christmas.

According to a website (www.simplymemorialsripoff.co.uk) set up by Darren Harvey, at the latest count there were 176 families who had bought around £220,000 worth of memorials they will never see.

One family paid almost £1,000 for a granite headstone at the end of November, less than a month before Simply Memorials shut down.

Simply Memorials was run from Skegness, Lincolnshire, by David Blakey but was an internet operation and had sold memorials across the country.

Mike Dewar of PR agency One, which organizes the Memorial Awareness Board, went on television to defend the legitimate memorial masonry industry and said the best advice to the bereaved was to make sure the memorial mason they chose was a member of the NAMM.

Simply Memorials had claimed to be a member of NAMM but was not. Mike Dewar said it was important people check on the NAMM website, where members are listed.

One customer who had been let down said she had chosen Simply Memorials because when she had entered a search on her computer it came up top of the list.

The message is: don't be fooled by search engine optimisation skills. Check out a company's credentials.

The National Association of Memorial Masons would like firstly to point out that Simply Memorials are not members. Members of the National Association of Memorial Masons (NAMM) are bound by strict Codes of Business and Working Practice and should a dispute unfortunately arise, are bound by the findings of a free and objective Conciliation and Arbitration Service.

Advice: Don’t rush things; make sure you feel ready to start the buying process as it can be a difficult and emotional time. You may wish to use a company recommended by a friend or relative, or you may need to look around. Whichever you do, it is generally advisable to use one which specializes in memorial masonry.

Stone is a natural material and variations will occur from block to block, you should be able to see the memorial stone before work begins on it. A good mason will understand stone and put you at your ease and not pressure you into making a quick decision. Your memorial will outlive you and your family – you need to make sure it is right.