Singing the praises of The Monument 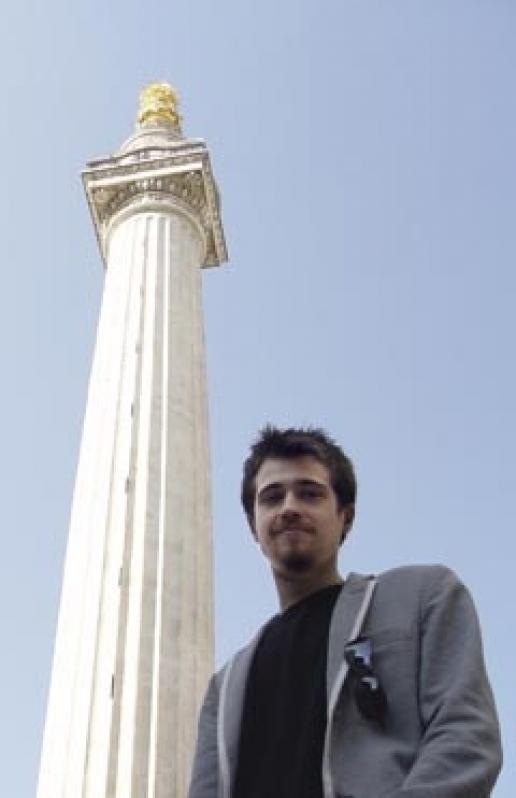 One of the City of London's great landmarks, The Monument, for much of its history the world's tallest free standing column, was host to a unique musical event on the weekend of 1&2 October.

The Monument was built in Portland limestone to commemorate the Great Fire of London of 1666 and was lately restored by Chichester masonry company CWO (for which they won a Masonry Company Craft Award last month – see the 'Masons Company Craft Awards' entry on the 'News' headings).

The music was being performed by Live Music Sculpture at no extra cost to visitors to The Monument, which is open to the public every day from 9.30am to 5.30pm.

This is the first event of its kind to be hosted inside the 61.5m (202ft) high stone structure in the 334 years since it was built.

While walking up and down the 311 steps of the spiral stone staircase, visitors saw and heard the five musicians positioned inside the four large alcoves and at the bottom of the stairs. The vertical performance space created interesting resonances as visitors went higher up the stairs to the viewing platform, where they get a 360 degree view of London’s impressive skyline, taking in Tower Bridge and the dome of St Paul's.

The creator of the event, Samuel Bordoli, is an award-winning composer and musician. He composed the 20-minute piece, entitled 'Monument', which was repeated at regular intervals throughout the two days – 18 performances in all.

Samuel says: “I had been looking to do something different with acoustics for quite some time and on visiting the Monument last year I realised it was the perfect place to develop my ideas.

“Working with the building’s acoustic properties, we have been able to create sounds and musical effects which would be impossible to achieve anywhere else. This will be a truly historical event, and Live Music Sculpture will be the first people ever to have composed music specifically for – and performed it in – this magnificent structure.

"This temporarily alters its function, which has not been done in the 334 years since it was constructed. This will also be the first piece of music composed for a vertical space/column, an act which, as far as we are aware, is unprecedented.”

Chris Earlie, Marketing & Creative Development Manager of The Monument, said: “We are so excited to have someone as creative as Samuel write a piece of music especially for the Monument. Samuel’s creative insight and music vision will display the Monument at its best and offer its visitors a completely new and unique experience.”