Bonny Blues out of the FA Cup but looking good 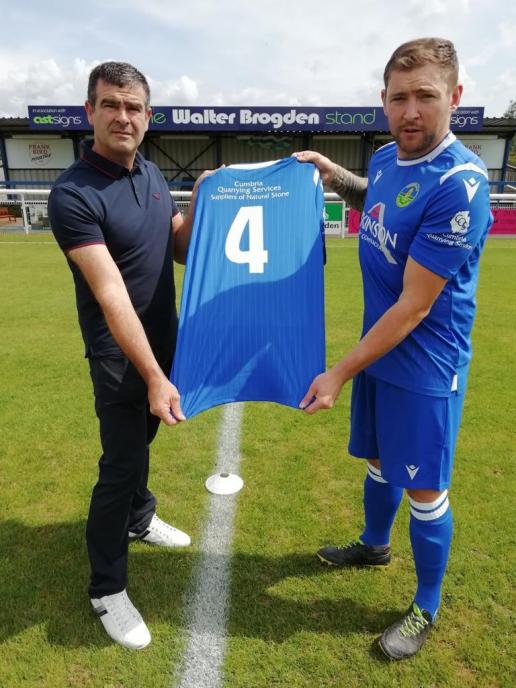 Hopes Penrith AFC had of progressing in the FA Cup came to a 2-4 end in an extra preliminary round tie against Seaham Red Star on Saturday. But they looked the part thanks to the part sponsorship of their kit by Cumbria Quarrying Services.

Football Captain Grant Davidson said: “Alan has helped out with sponsoring the training kit and being a part sponsor of the first-team kit. He has always been keen on trying to sponsor local teams.

"With me and Adam Main now working under Alan in the family-run business it was a no-brainer for him to get involved with helping Penrith out with sponsorship.”

Sadly, the FA cup game at Seaham went the same way as the club’s first two Northern League Division One matches, although Adam says the scoreline makes the game look more uneven than it was with Red Star scoring a late goal.