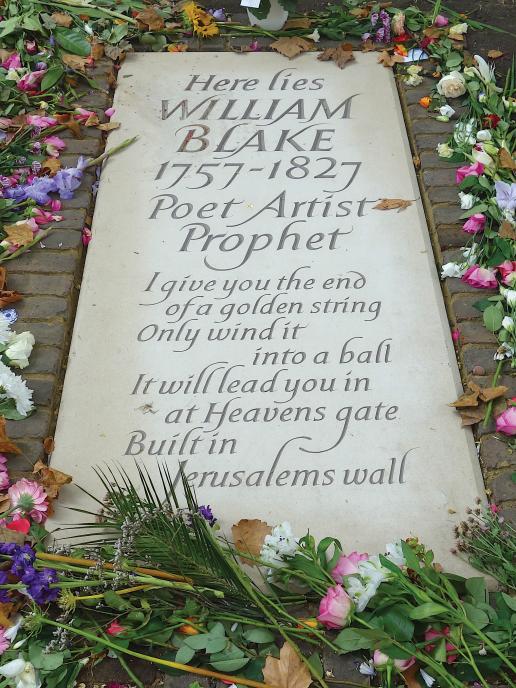 It has been 12 years from conception to unveiling, but the exact spot of William Blake’s grave in London’s Bunhill Fields Burial Ground is finally marked with a Portland limestone memorial carrying an inscription from his poem ‘Jerusalem’ cut by Lida Cardozo Kindersley.

The stone was commissioned by The Blake Society, who chose the words to go on it, although the design of the inscription was left to Lida, which is the only way she will work and is why people go to The Cardozo Kindersley Workshop.

As always, the inscription was drawn out first for approval – and it was 10 years from the initial design to the words being cut into the stone.

“More and more people got involved,” says Lida. “Everyone wanted to be involved in it. In the end that was quite nice because everyone wanted it to succeed.”

Lida believes the final element of design comes in actually hand cutting letters into stone and she told Natural Stone Specialist that in the execution of the work it became “a bit freer and looser – more Blake, if you like”.

And she likes to think Blake, who knew about engraving as a printmaker, would have appreciated the inscription.

The stone was unveiled with great ceremony on 12 August, the day of Blake’s death, with hundreds of people in attendence and the event widely recorded by the press. Novelist Philip Pullman, President of the Blake Society, was there and there was a variety of musical tributes, including contributions from the Blake vocal group and the William Blake Congregation. Iron Maiden frontman Bruce Dickinson stood on a bench and spoke about Blake before the unveiling.

The exact site of William Blake’s grave had been lost for many years. Blake, the author of ‘Jerusalem’ and ‘The Tyger’ and painter of ‘The Ancient of Days’, was largely unrecognised in his lifetime and died in obscurity on 12 August 1827.

The fact that Blake was buried in Bunhill Fields was recorded on a stone in the burial ground with the inscription: ‘Nearby lie the remains of William Blake and his wife Catherine Sophia’. It was 20m from what turned out to be the site of William Blake’s grave.

The precise location of the grave was determined by Luis and Carol Garrido, after much referencing of records and measuring out of the ground, using surviving landmarks as reference points. 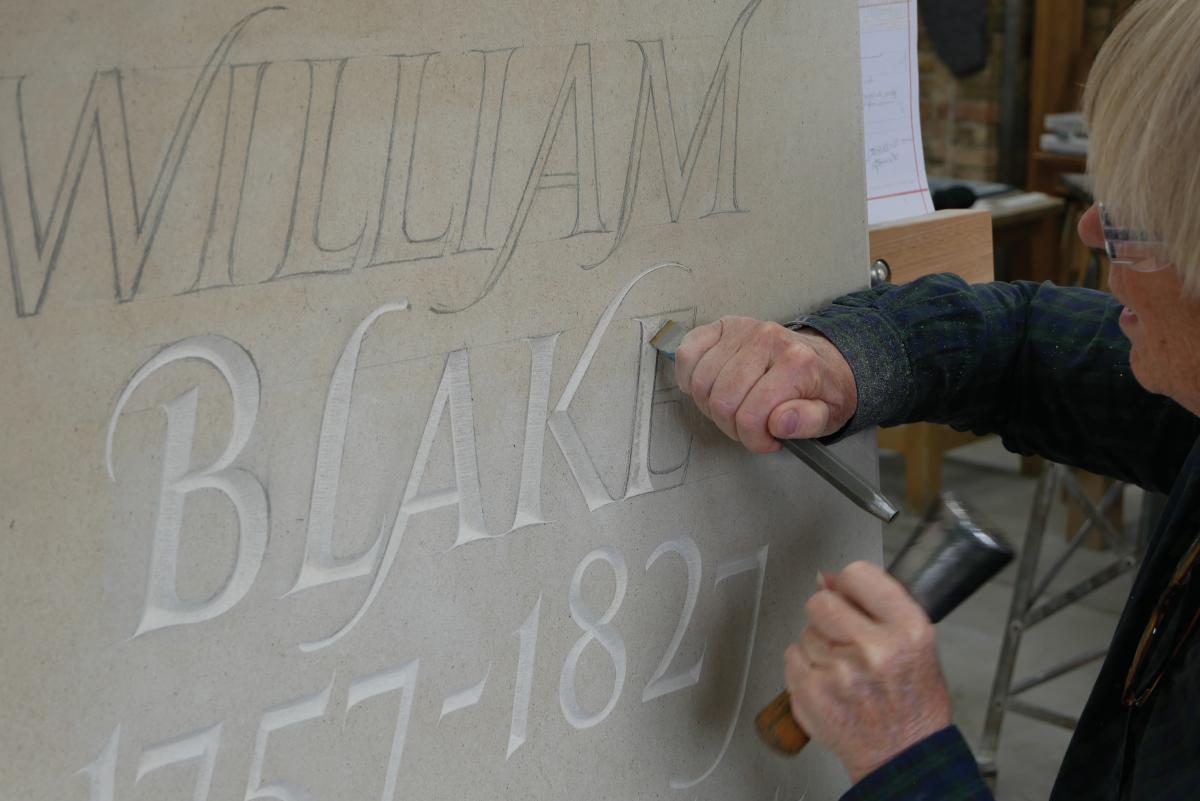 When the Garridos first visited Bunhill Fields they had simply wanted to visit the grave of William Blake to pay their respects. When they discovered that the actual location of the grave was not known, they decided to find it. They spent years researching, and their efforts have been acknowledged by the City of London, the Blake Society and leading Blake scholars.

With the grave located, The Blake Society started fund-raising the £30,000 needed to have a memorial placed over the grave to mark the final resting place of a man now considered a seminal figure in the romantic age of poetry and visual arts.

Next for Lida Cardozo Kindersley is a memorial to Stephen Hawking, the world’s most famous theoretical physicist and cosmologist, for Gonville & Caius College of the University of Cambridge.

Hawking died in March this year. The memorial to him is in York stone and will go into a pavement.

Along with his name, birth and death dates, and the equation for which he is famous that describes the entropy of a black hole (which he had asked to have included on his gravestone), is a quote from him: “Remember to look at the stars, not down at your feet”.

Lida believes the irony of the quote being in a pavement would have amused Hawking.

Lida spoke to Natural Stone Specialist about her art and philosophy. To read what she said click here.