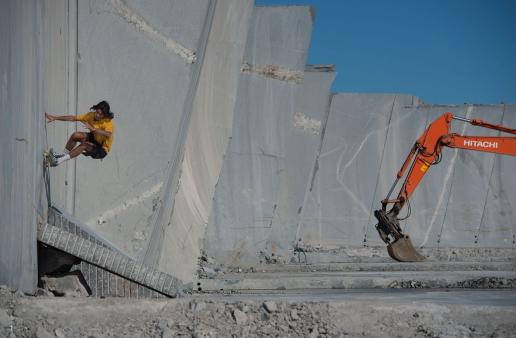 Skateboarding on the granite face of Lundhs' quarry in Norway for a film by Red Bull.
Photos: Gaston Francisco

Lundhs Real Stone, the company that quarries Blue (and other colours) Pearl granite (Larvikite) from Larvik in Norway, has teamed up with stone company Steinriket and Red Bull ('it gives you wings') to give world class skateboarders a challenging and invigorating course to demonstrate their skills.

Their use of the course in the granite quarry was filmed by Red Bull and the film was released internationally on Friday, 20 November, on Red Bull TV and in a cinema in Larvik.

To create the setting for the project, boulders were picked out by the Lundhs quarry team and rock walls were cut to create ramps for the skaters. The boulders were processed into individual skatepark obstacles by Steinriket and put back into the quarry. The location, the hard larvikite and the skaters’ ability have created a spectacular film.

The film shows the stone being cut out of the quarry, being shaped into skatepark obstacles and then being used by the skaters.

The global skateboard elite who went to the quarry to put their skills to the test included Larvik's own champion Didrik Galasso. He has about 150,000 followers on Instagram and works full-time as a professional skateboarder thanks to contracts with Enjoi Skateboards and Nike. Torey Pudwill from the USA, Chris Haslam from Canada and Angelo Caro from Peru joined Didrik for the filming.

The project started with Andreas Mogster, athlete manager for Red Bull in Norway, who is also from Larvik. He wanted to bring the skateboarders to his hometown, where he would skate in the town square built of the larvikite, when he was growing up. His idea was to create a skatepark at tghe quarry with obstacles made out of the granite so the best skaters in the world could show their skills.

Lundhs thought the project was exciting and wanted to contribute.

It took a lot of work to manage the project and make it happen, not least in terms of safety in the quarry. But with careful planning and management, the project became a reality and a success. Once the filming was over the obstacles created by Steinriket out of the larvikite were installed on Furumoa (the town square) to the delight of the local skateboarders. 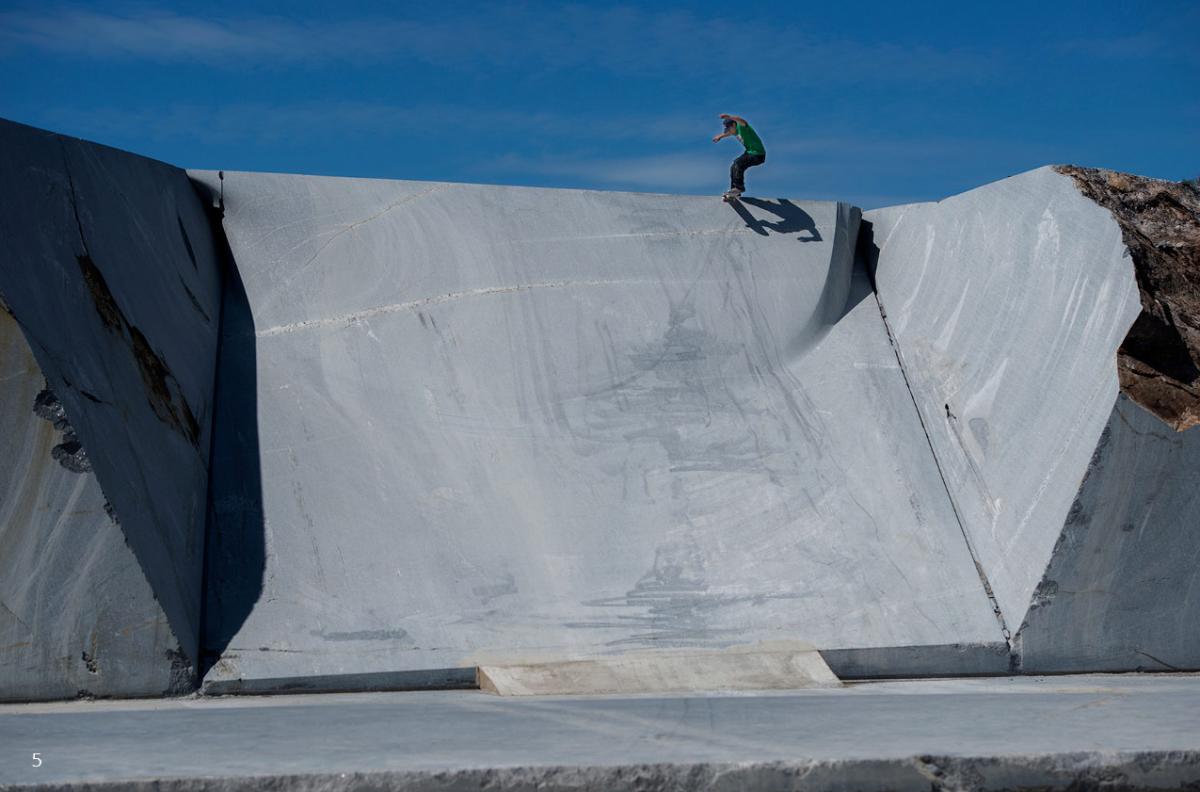