A traditional stone company making the most of digital integration 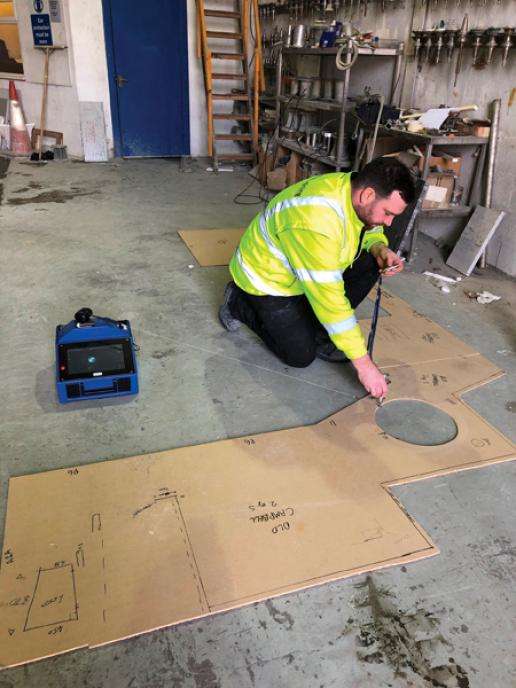 Toffolo Stirling says the latest technology allows it to be old fashion where it matters – in personal relationships with customers.

It links its Alphacam directly to a digitser, ensuring that measurements are 100% accurate. Then it uses the Alphacam onscreen simulation to show customers exactly how their stone will be cut.

“Clients love seeing that,” says Kenny Turnbull, Managing Director of Toffolo Stirling. “The words I use to them are: ‘If it works on the screen, it’ll work on the machine.’

Alphacam’s simulation functionality enables customers to see exactly how their worktops will be made – how the tools move in and what they’ll do. 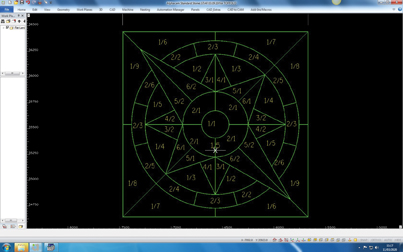 The function is intended to enable fabricators to be able to see that there is no overlap of cuts in their work, but Toffolo Stirling has found it makes a handy marketing tool.

“The simulation may be vital to show us that our toolpaths are accurate and there won’t be any collisions on the CNC machine, but it’s also a great marketing tool, as it’s a really nice thing to show the customer,” says Kenny.

Positioned at the top end of the stone market, Toffolo Stirling specialises in marble and granite, although it also processes limestone, slate and engineered quartz, including Caesarstone, Silestone and Zodiaq.

But around 90% of its time is spent producing and installing marble and granite work surfaces and floors.

Toffolo normally works in 20-or-so hotels a year as well as a number of large houses, where a project might involve several bathrooms, the kitchen, flooring and staircases.

The Toffolo philosophy has always been to put considerable work in at the design and drawing stage.

“We take the same approach whether it’s a small job or part of a £6million package at a mansion house,” says Kenny. “Everything is pre-cut and sent to site in sequence to be put together like a jigsaw puzzle, meaning we spend as little time as possible at the customer’s premises.”

He says the company’s Prodim Proliner digital templater has been a “great investment” for that, completely changing the way they operate both with worktops and flooring.

And linking the digital templates to the Alphacam software speeds up the process. In some cases worktops are being manufactured in the factory before the surveyor has even left the customer’s site.

Customers choose their stone from an extensive range of slabs in the well-stocked yard at the company’s Stirling showroom, not from a small sample.

“They come to us when a kitchen company has already designed the full layout, so we’re able to give an accurate price based on that,” says Kenny.

“When the base units are installed we go on-site to take the final detailed measurements for the worktops, which is the information we use to manufacture them.”

And that’s where the Prodim digitiser comes in. CNC Programmer Gary McCool explains: “It takes points of measurement of the kitchen bases, creating a visual on the built-in screen where we can do any editing that’s necessary, including changing offsets. The digitiser has a dongle, so the finished DWG file can be emailed back to me from the site and I can start fabricating immediately if required.”

He imports the file into Alphacam, which takes just a few moments to create the design using the software’s CAD (computer-aided design) functionality, along with the cut lists and the NC code. From there, it’s straight into fabrication on a Brembana Speed 3 CNC machine with a 24-tool station interchange.

Gary: “It’s extremely important both to us and our customers that everything’s 100% accurate, and the digitiser working in conjunction with the Alphacam Stone software ensures it is.”

For flooring, the digitiser can be used at an earlier stage, enabling the company to play more of an advisory role. Kenny Turnbulll says: “We digitise the whole room and then draw up the stone patterns, which is particularly good for architects.

“If they’ve chosen a 600mm x 300mm tile, for example, they may not know the most effective way to lay it out, so we can advise on that... especially at the thresholds and how it’ll relate to other rooms.

“Once they approve the accurate Alphacam designs we create from the digitiser’s file, we cut everything in the workshop and simply go in and install it.

“It’s obviously far more accurate cutting with a CNC on the shopfloor than it is using an angle grinder on site. Even stonemasons who’ve been working in the industry for 25 years are amazed when we install floors which assemble together perfectly without any site cutting. They’ve never experienced that before.”

Toffolo originally invested in Alphacam to overcome what Kenny describes as the “trials and tribulations” of the software that came with the first CNC machine the company bought.

“All our issues disappeared once we were running Alphacam. If I were buying a new machine tomorrow I’d insist it came with Alphacam pre-installed. We need the right software to optimise the machine to do exactly what we want.”

He says Alphacam has become an essential part of the company’s philosophy of appearing a little old fashioned while keeping well ahead of the game.

Kenny: “We’re old fashioned where it counts – in our personal relationship with customers – while using state-of-the-art technology to ensure 100% accuracy and complete customer satisfaction with their long-lasting stone worksurfaces and floors.” 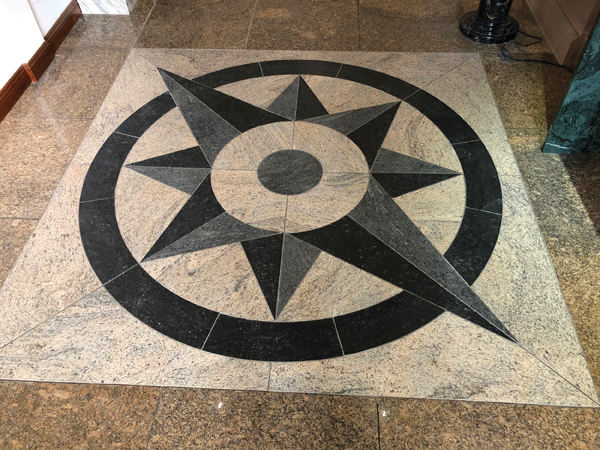